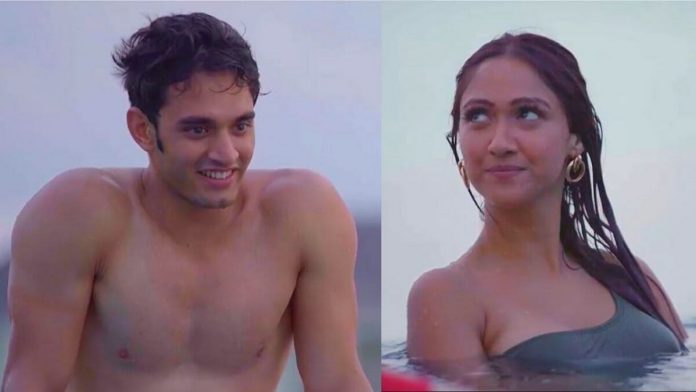 It was a happy ending, two decades in the waiting for pop star JLo and actor-director Ben Affleck. Proving that love can happen anytime, anywhere – with a new person or even with your ex!

MTV India’s latest ‘MTV Ex or Next’ is one such social experiment that has got audiences talking and how! This one-of-a-kind show from the house of MTV that recently went on air has been a witness to ex-couples Krissann Barretto-Salman Zaidi, Nikita Bhamidipati- Samarthya Gupta, and Saloni Sehra-Varun Verma seeing if their love deserves a second chance or will they find happiness elsewhere. Their interesting, fun-filled moments got us thinking about B-town’s favorite couples who we would love to see getting back together again.

Here’s our favourite FIVE. Find out if they are yours too. Read on:

Every time the very enigmatic Miss Sen gives her heart away, she does it with élan. So when the actor-model-supermom-former Miss Universe fell for Shawl, a model by profession, she announced their relationship to the world. The good-looking duo gave us couple-goals with their sizzling chemistry, be it on a holiday or at the gym or while co-parenting her adopted daughters, Renee and Alisah. Last year, when they called it quits, Sen made it clear that they will always be friends. She is now in news for her relationship with IPL founder Lalit Modi. And guess what? Rohman only has good things to say about her. “Let’s be happy for them… All I know is that if she has chosen someone, he is worth it (sic),” he was quoted as saying. Their bond only makes their fans wish that they give their relationship one more chance.

The very-much-in-love couple ended their 15-year-long relationship in 2021, their joint statement on social media read, “…we would like to begin a new chapter in our lives – no longer as husband and wife, but as co-parents (to their son Azad Rao Khan) and family for each other”. Their mutual love and respect make their fans wish and pray that they get back together again. Interestingly, they live in the same locality and continue to collaborate professionally. Recently, the couple’s grand entry at Karan Johar’s 50th birthday celebrations raised hopes.

The couple got hitched in 2010 and became parents the next year. However, five years later, their relationship fell apart. Despite all these ups and downs, they made sure that the apple of their eyes, Haroon gets love, care from both his parents. While Konkona has mentioned how Ranvir is an “involved parent”, the latter has said that no matter what “steps we take, they have to be right for Haroon”. Photos of the trio celebrating Haroon turning 10 last year made many go aww. Their understanding and limitless love for Haroon only makes us hope that this would one day bridge the gap between these two hearts.

It was love at first sight for the couple and that too at a traffic signal, where their eyes met for the first time. The duo got hitched in 2000 and in 2006 and 2008 became parents to two beautiful boys, Hrehaan and Hridaan. They were Bollywood’s IT couple and inspired many. But not everything goes according to one’s plan, and in 2013 they announced separation. Despite the divorce, Hrithik and Sussanneshare an amicable relationship and have been successfully co-parenting their kids. They are also spotted holidaying and spending time with each other. Even though Hrithik and Sussannehave reportedly found love again with their ‘next’ significant others, their fans and well-wishers are secretly wishing for them to get back together. Are you too?

In 2020, while #Ashvik fans were hoping to hear the news of their favourite couple tying the knot, they were heartbroken to hear that Asha and Rithvik have ended their relationship. The actor duo met on the sets of the famous TV show Pavitra Rishta and became friends. Soon their friendship turned to love. Their photos of spending happy times together, being there for each other, and onscreen chemistry were beautiful and inspiring. In short, their relationship gave many of us goals. Even when they separated, they maintained a sophisticated stance and made it a cordial break-up. Much like #Ashvik fans, many others are also hoping, praying that love sparks between Rithvik and Asha again. Fingers crossed!

Catch the exciting episodes, of ‘MTV Ex or Next’ every Saturday and Sunday at 7 PM