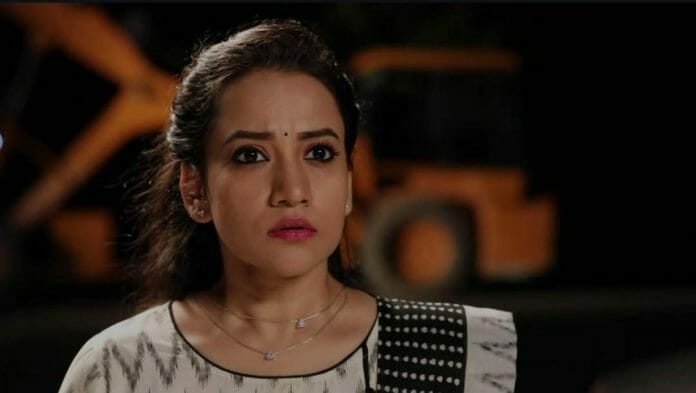 Vijay Television’s popular daily soap, Tamizhum Saraswathiyum, is gearing up for more drama with Vasundhara taking a stand for Saraswathi.

Previously, it was seen that  Saraswati misunderstood that Vasundhara was in the bathroom and informed her that she was going to mop the steps. Karthi saw Saraswathi mopping the steps and started to shout at her. He accuses her of wanting to make Vasundhara fall once again.

Just then, the family members arrived there. Karthi complained to them that Saraswathi was intentionally mopping the floor to make vasundhara fall. Just then, Vasundhara came down and Karthi panicked and ran to her. He slipped and fell on his way.

Just then, Chandrakala arrived there. She learned what had happened. She started to rebuke Saraswathi. She accused Saraswati of being jealous of Vasundhara.

Vasundhara had enough and took a stand for Saraswathi. She said that she forced Saraswati to take her to the temple. Tamizh said that he was aware of the truth and demanded Chandrakala to apologize to Saraswathi.

In today’s episode, it will be seen that Chandrakala apologizes to Saraswathi. Chandrakala learns about Adhi’s accident and leaves. Kodhai says that Saraswathi shouldn’t have taken Vasundhara to the temple even though she was adamant. Vasundhara will argue with Karthi for not genuinely apologizing to Saraswathi.

Karthi will blame Saraswathi and Vasundhara for what happened. Ragini sees an accident news and panics when she finds Adhi’s phone switched off. She seeks Arjun’s help. Arjun advises her to call Adhi’s mom. Ragini obliges.

Whom will Ragini choose between Adhi and Arjun?