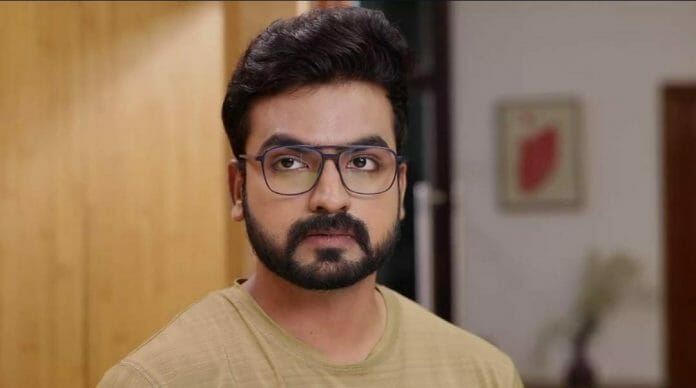 Vijay Television’s popular daily soap Tamizhum Saraswathiyum is all set for some interesting twists and turns in the story with Kodhai inviting Chandrakala home.
Previously it was seen that Saraswathi and Tamizh got elated learning that Vasundhara and Karthi had reconciled and finally had started their married life.

In today’s episode it will be seen that Saraswathi will tell Kodhai to call Chandrakala home and inform her that Karthi and Vasundhara started their married life since Vasundhara spoke harsly to Chandrakala and asked her to get out.

Saraswathi will say that not speaking with own parents is a big punishment and Vasundhara shouldn’t go through this. She will advise Vasundhara to reconcile with Chandrakala. Gothai will agree with Saraswathi’s view. She will call Chandrakala and will request her to come home.

Chandrakala will come to meet Vasundhara. The latter will reconcile with her mother. Kodhai will tell that everything is sorted out between Vasundhara and Karthi during their honeymoon. Chandrakala will find that karthi’s behavior is changed and he is acting cold with her.

Later Chandrakala will question Karthi about the same. Karthi will confront Chandrakala about giving sleeping tablet to Saraswathi through his aunt to stop her from writing exam which will shock Chandrakala.

What Chandrakala will do now?