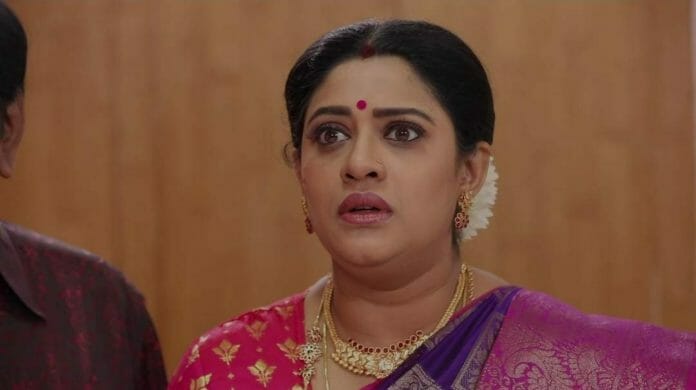 Vijay Television’s popular daily soap, Tamizhum Saraswathiyum, is gearing up for more drama with Ragini rushing to see Arjun in the hospital after knowing that he attempted suicide.

Previously, it was seen that Tamizh and Saraswathi tried to explain to Kodhai and Natesan that Ragini loves Arjun and Chnadrakala wanting to control Kodhai by getting Ragini married to Adhi. But Kodhai said that Ragini knew Arjun only from few days, so it could be just a crush which could disappear slowly.

Kodhai then added that Chandrakala couldn’t control her just because Ragini became her daughter-in-law. A heart broken Arjun consumed poison. His friend was shocked to see an unconscious Arjun. He rushed him to the hospital. Knowing this,

In today’s episode, it will be seen that Tamizh and Namatchi try to find in which hospital Ragini took Arjun. They enquire about it in the nearby hospitals. Tamizh phones Saraswathi and tells her the same. At the hospital, Ragini and Arjun has an emotional talk.

Ragini decides to marry Arjun immediately. Meanwhile, at Kodhai’s house, everyone will be preparing for the engagement ceremony. As Tamizh asked Saraswathi not to tell anyone in the family about Ragini missing, Saraswathi lies to everyone that she is in her room when they ask where Ragini is.

What will happen next? Will Tamizh be able to find Ragini before Ragini marries Arjun?