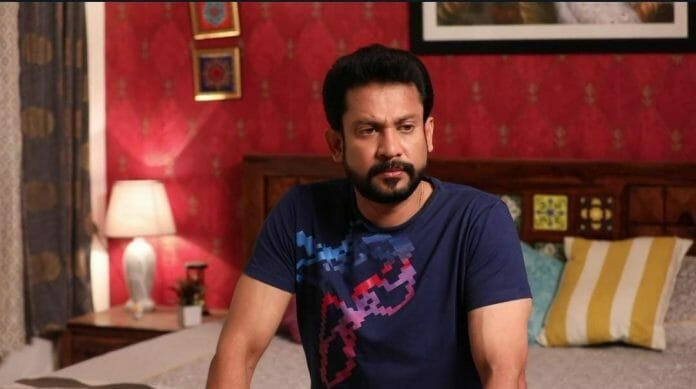 Previously, it was seen that Arjun gave a solution to find a compromise for a problem in the factory. Tamizh and Karthi got amazed with Arjun’s idea and praised him. Later they shared the same to Kodhai and Natesan.

Kodhai decided to invite Arjun home to thank him. On the other hand Chandrakala met Saraswathi’s grandmother on her way and tried to instigate her against Tamizh by revealing that he had gone to Madhu’s house at the night. However grandmother refused to believe Chandrakala. The latter paid some goons to trouble Madhu at the night time, so that a scared Madhu would call Tamizh for help.

In today’s episode, it will be seen that, the goons will trouble Madhu. The latter will call Tamizh. But Tamizh won’t answer the call as he gave his word to Saraswathi. However Tamizh will call Namatchi and will tell him about Madhu calling him.

Namatchi will advise Tamizh to not answer the call. Madhu will record a video of the goons and will share to Tamizh. The latter will panick seeing the video. He will share the video with Namatchi as well.

Tamizh will want to tell the truth, but Namatchi will stop Tamizh. So Tamizh will lie to Saraswathi that he didn’t talk to Madhu and he is at his house now. Meanwhile Chandrakala records a video of Tamizh bike standing in front of Madhu’s house.

Will Chandrakala get successful in her intention?