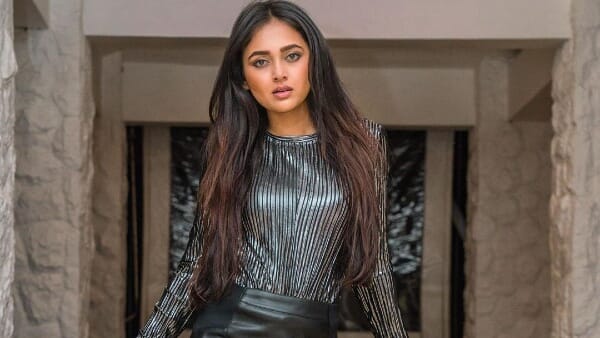 Bigg Boss 15 is gearing up for the finale and Tejasswi Prakash has proved to be the most popular contestant in the house. And it seems like Ekta Kapoor is all set to bring her to the Naagin Franchise.

Reportedly the makers are eagerly waiting for the seson to end so that they can rope in the Swarigini actress for season 6. As per the current speculations the makers are keen on casting Tejasswi for season 6 because she is among the top contenders in the show.

They are even planning to discuss the offer with her after Bigg Boss 15 wraps up in two weeks.And as per the reports earlier Mahek Chahal and Riddhima Pandit are already the part of the season. Previously, the Naagin 6 makers shared the first teaser of the supernatural show but nothing major was revealed. The caption reads, “Iss badalti duniya ke rang dekh, laut rahi hai woh jiska sabko hai intezaar!”

Speaking of Tejasswi, she is known for her bubbly nature on Bigg Boss 15 and Rohit Shetty’s Khatron Ke Khiladi. Apart from these, the actress has been part of some well-known daily soaps like Silsila Badalte Rishton Ka, Pehredaar Piya Ki, Rishta Likhenge Hum Naya, KarnSangini and more.