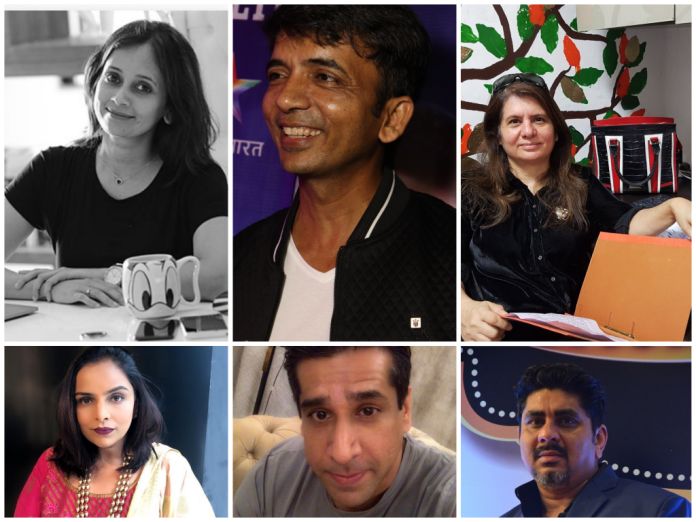 TV producers share their first memories of getting a TV set at home. They also talk about the impact of the digital medium on TV.

Mamta Pattnaik: It was an event in itself. I remember we were the first to get a TV in our colony and neighbours would gather at home in the evenings to watch TV with us. It was so much fun. Most of the series that used to air was my favourite because there were not so many at the time. It was a golden era of storytelling. Some of them went on to become cult shows over a period of time. Shows such as Humlog, Nukkad, Kachhi Dhoop, Indradhanush, Chanakya, Bharat Ek Khoj would air and we used to wait for an entire week to watch a new episode. Of course, I also loved Tom and Jerry, Wonder Years, Santa Barbara and Doogie Houser MD. TG of TV and digital medium are drastically different from each other, though there is a small audience overlapping the mediums. TV is appointment viewing whereas shows on the digital medium are more for binge watching. Both mediums will co-exist.

Sonali Jaffer: I think we got a TV set was when Chhaya Geet used to air. We had a black and white television set and we were the first one to have one. The neighbours used to gather at my house. It was like a social gathering during those days. My favourite things to watch on screen were Chhaya Geet and Sunday movies. I always say that web series have a personal touch to them. Television has a family audience. I don’t think people watch web series with families.

Sakett Saawhney:  My first memory of having a TV set at home was during the 1983 world cup.  Saw it on a Crown 14 inch B&W television set. I have grown up on Ramayan, Chitrahar, Giant Robot, Vikram Betal. TV and digital competition will only result in better content being churned out at both ends. It will take at least 5-6 years before the digital onslaught makes a larger impact on appointment viewing. Until then, we have great content on both TV and digital to enjoy.

Rajan Shahi: I remember the time I was 7 to 8 years old, this I am talking 40 years back, there used to be this Krishi Darshan and my favourite show was Chitrahar, which featured different songs from Bollywood films twice a week. We used to look forward to Sunday movies as well. During those days there were no commercials. And whenever there was an interruption in the transmission, there came a slide saying Rukawat ke liye Khed Hain. In 1984, colour television had already come and I remember watching Asian games. It was a very big thing. The competition has grown, though television has a larger reach and growth will be there too.

Binaifer Kohli: I was very young and already an actor in Magic lamp which aired on DD. I remember those days people used to make cabinets for television sets which could be locked. Only one TV was there in the house and nobody fought. I remember Chhaya Geet, Chitrahar, Sunday movies, Aamchi maati aamchi mansa, Khaandaan. There will be competition since we have mobiles everywhere, now the big channels also have web platforms. There are a few good web shows and I watch sometimes too.

Ravindra Gautam: During our days there used be just one television set in the whole colony. I am talking about the 1970’s early 80’s. I had a second television set in the colony earlier and we used to go to my neighbor’s house every Sunday to watch Chitrahar or  a movie. I still remember we bought television set in 1982 that was a Beltech tv and had wooden shutters in the cabinet. That shutter would open in the evening around 7pm and we would watch whatever television show aired because the TV set was opened for just 7 to 10 pm. My favorite show was Humlog which started in 1984. That was once a week and we eagerly used to wait for that show. Their characters had become a house hold name, and also the Sunday movie special. Then Mahabharat and Ramayan aired which became our favorites, apart from that Star Trek which aired on Sunday I used to eagerly wait for these shows. Currently, television has a very stiff competition with digital medium. The digital medium has an edge over television. On a digital medium you can watch any show, any time and it has a lot of different content of variety you can chose from unlike television where you have to watch what you are being served. Television has got competition and I think it is good so that we have to be more experimental with the dramas that we dish out and we have to think newer ways to keep the audience glued to television.