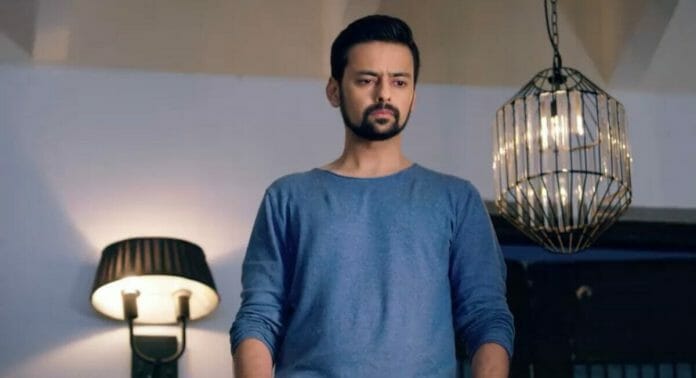 Starbharat’s show Tera Mera Saath Rahe is gearing up with an interesting drama with Chirag goes to convince Ashi to bring her back home but the latter demands him to make Shradha and Kesari leave the house. Later Shradha challenges Saksham and goes to Keshav and manipulates him to approve her and Chirag’s marriage. Keshav asks Chirag to marry Shradha to stop Kesari from leaving the house. Now it will be interesting to see what will be Chirag’s decision? Will Saksham and Gopika learn about Keshav’s decision? Will Chirag agrees to marry Shradha? Will Ashi learn about Chirag’s decision?

In the current track it shown that Mithila calls Saksham and Gopika and tells them that she is going to ashram for few days and asks them to handle the family affairs. Gopika gets emotional but promises to make everything back to normal. Chirag goes to meet Ashi. Ramila asks him to either throw Shradha and Kesari out of the house or give divorce to Ashi with alumni of half of their property. Ashi comes out and scolds Ramila which lead the latter to leave the place. She then asks Chirag to make Shradha and Kesari leave the house then she will return. Chirag gets upset and sad. Tejal tells Ramila that Ashi’s marriage life is at stake and pleads her to understand it but the latter accuses her for trying to save the Modi’s. Hiten takes a stand for Tejal. Later Shradha tells Saksham and Gopika about her decision to marry Chirag because Ashi insulted her so much and she wont sacrifice anything anymore but Saksham vows to not to let her succeed in her plan. Shradha manipulates Keshav so the latter calls Chirag and asks him to marry Shradha in return he will name in his name a huge part of his property. Gopika gets emotional when Munna and Rajjo decides to leave the house until the problems in the Modi’s house ends. They both assures her to meet her often and asks her to call her when she is in need. Gopika agrees.

In the upcoming episode it will be shown that Chirag and Shradha will perform marriage ritual. Ashi will return to the Modi Bhawan with Saksham and Gopika. She will get shocked seeing Chirag and Shradha is performing marriage rituals. She will accuse and get into a fight with Chirag. Saksham will tell Keshav that they did expect him to do something like this but never thought he will stoop this low.