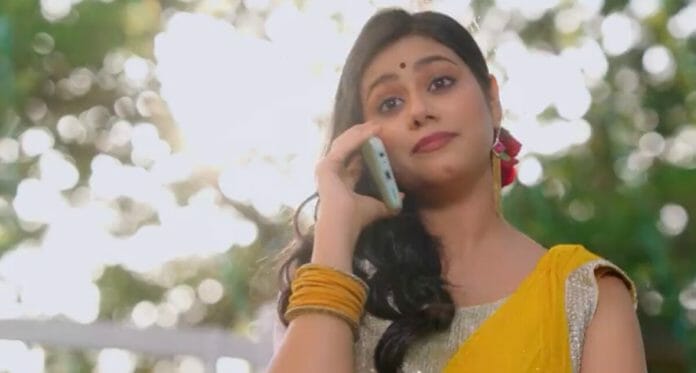 Starbharat’s show Tera Mera Saath Rahe is gearing up with interesting drama with Gopika and Saksham learns the one which Kesari is wearing is not a hearing aid but an earphone through which Kesari’s mother is hearing their conversation which leads Gopika to question her but the latter insults and refuses to disclose her identity. Now it will be interesting to see will Gopika be able to convince Kesari’s mother to meet the Modi’s? Who is the real father of Kesari ? What will happen in Saksham and Gopika’s life next?

In the previous episode we had seen that Saksham apologised to Gopika for his behavior and the latter told him Kesari is playing a huge role on their relationship to get them even more closer. Rajjo created a scene after Munna’s girlfriend Jalebi informed Munna that she was on her way to Modi’s house to meet him. Jalebi arrived at Modi’s house and claimed Kesari as her daughter. Rajjo decided to commit suicide after hearing Jalebi’s words so the family members worried about her and goes after her to console her leaving Kesari with Jalebi. Kesari’s mother learn that Jalebi was going to kidnap Kesari so she alert Kesari but Kesari failed to save herself from Jalebi. Modi’s learned through Kesari’s mother Kesari was kidnapped so they determined to save Kesari at any cost. Jalebi demanded money from the Modi’s. Kesari’s mother give clue about Kesari’s whereabouts to Saksham and Gopika with the help of that Saksham and Gopika learn Kesari’s location. Saksham fooled Jalebi’s men and took Kesari out of their captivity but before he could leave that place Jalebi arrives there. Gopika stopped Jalebi from alerting his men.