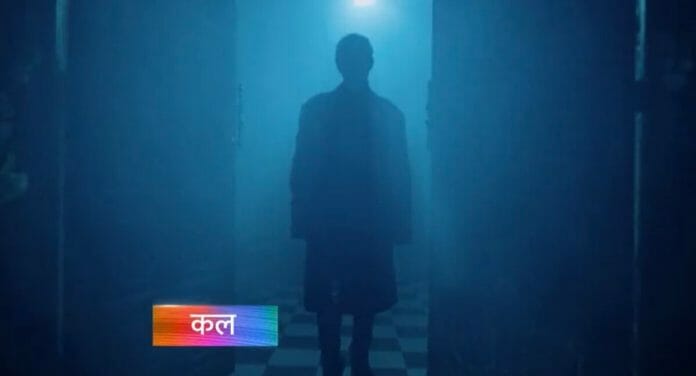 Starbharat’s show Tera Mera Saath Rahe is gearing up with interesting drama with Mithila challenges Kesari’s mother to meet her so the latter comes to meet her and gives her a letter but she fills the house with smoke so no one sees her face. Later the cops arrives to Modi’s house and accuses them for using child labor and Kesari comes there like a servant shocking the Modi’s. Now it will be interesting to see what will happen next? Will the Modi’s save themselves from Kesari’s mother’s false allegations on them? How will the Modi’s save themselves from the false allegations made on them? Will the Modi’s find Kesari’s mother’s identity?

In the current track it shown that Mithila feels that she can’t get upset with Kesari for some one else mistake so enquires her about her mother. Kesari tells that her mother can able to hear them and see them also how her mother comes to see her in this house for two times shocking Mithila. Mithila challenges Kesari’s mother to meet her. Kesari’s mother agrees to meet her in thirty minutes. The women in the family argues and fights with their husbands for not swearing on them. Mithila informs them Kesari’s mother will be here in thirty minutes. Saksham refuses to believe but Kesari challenges him. Kesari’s mother enters the house after filling the house with full of smoke and gives a letter to Mithila then runs away from there. Gopika reads the letter asking the men in the family to tell the truth before next day morning nine o clock. The next day men in the family tells they don’t remember anything such. Cops arrives at the Modi house and tells them they received a tip about them using children for their household works. They all denies it but Kesari comes there wearing servant clothes with a bucket full of water and starts cleaning the floor which shocks the Modi’s.

In the upcoming episode it will be shown that Saksham will enter his room angrily and throw the things away. Gopika will ask him to calm down. Saksham will shout at her asking how could they say to the cops he is Kesari’s father. Gopika will tell him he is only ninety nine percent sure not cent percent. Saksham will say to Gopika his idea about having a kid of his own. Gopika will get upset and angry so tell Saksham to not to remind him about this because she is aware about it and then she will look away.