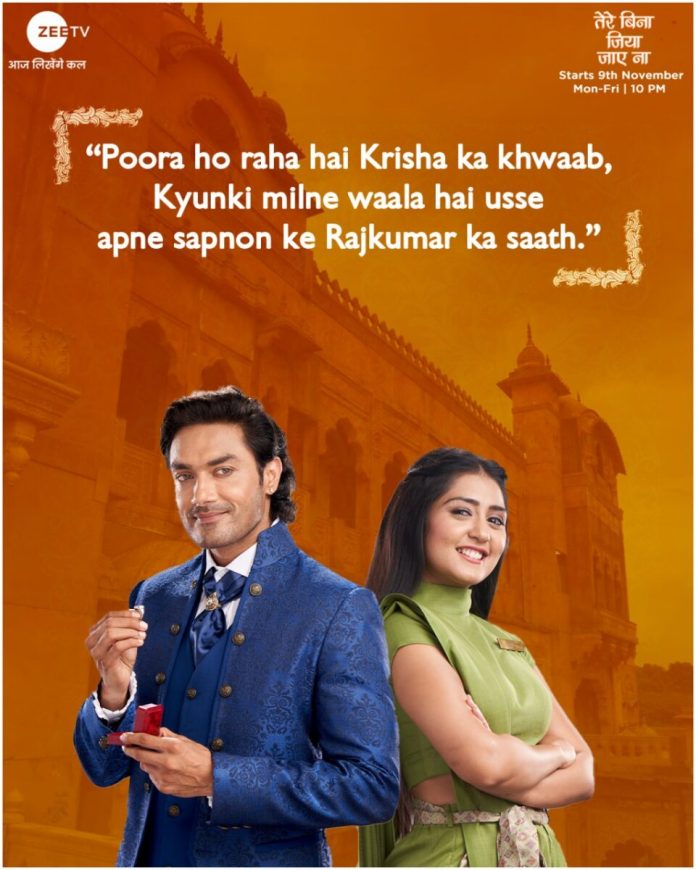 Here, Krisha shows her concern towards Devraj and cries, while he assures her. Jaya fakes her care towards Devraj and says that she was suspicious about the attacker since he asked her to leave from there. Meanwhile, Jaya states that Krisha was continuously praying for Devraj in front of the God.

Devraj tells that because of Krisha only he is alive. He shows his gratitude towards her, while she gets emotional. Jaya fumes in anger seeing Krisha and Devraj’s closeness. Devraj stops Krisha from leaving and ask her to stay with him. He says that he is nothing without her and becomes sentimental.

Elsewhere, Devraj pours his feelings towards Krisha, while the latter says that he can’t able to fulfill his promises towards her. He makes her look at him and tells that he won’t repeat his mistake and will always trust Krisha. They sees their divorce report and Devraj insists Krisha to give him one more chance.

Devraj recalls the moment when he doesn’t trusted Krisha and agreed to marry Vamika. He regrets his past and apologises to Krisha. Whereas, she finally gives him a chance and agrees to go back to the palace along with him. Krisha looks after Devraj and feeds him food and medicines. Rati smiles seeing their reunion and gets happy for them.

Ahead, Ugra notify Meenakshi and her kids about the attack on Devraj. They gets worried thinking that if something happens to him, then the property will get donated to the orphanage. Whereas, Meenakshi genuinely gets concerned for Devraj and decides to visit him.

Raghav ask Rati for water, while she goes towards the kitchen. She was about to go when she sees a shadow and gets scared. She shouts in fear and the jug fals from her hand. Everyone gathers there and becomes worried. They confronts Rati, while she tells that she have seen someone. Meanwhile, they sees an old door opened and Rati was about to go there, but Jaya stops her.

Further, Jaya tells about the past and prohibits them from entering inside it. She ask Meenakshi to call the priest. Later, Jaya smirks and proclaims to teach a lesson to Krisha. She assures Vamika to take their revenge from the Rathores. Whereas, Devraj gives a promise to Krisha and meets her parents. They takes the blessings and then Dev fills Krisha’s hairline before taking him towards the palace.