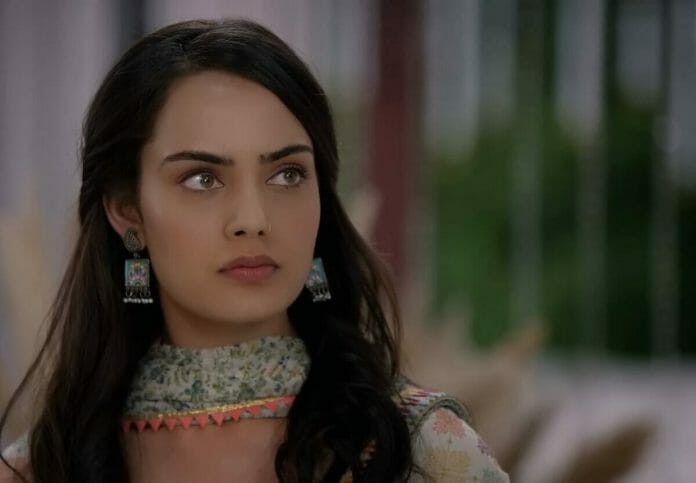 As reported earlier Veer makes Angad agree to Sahiba’s demand. Bebe tells Jaspal ‘today if Angad doesn’t bring that artist soon then It will be a big problem and Angad has to face the wrath of Akaal’. She says don’t know where is Angad.

Inder says Angad just knows how to implement his grandfather’s orders. Bebe warns him to not talk in that way. Inder says he doesn’t want to talk about ringmaster Akaal Singh who just wants others to listen to him. Jasleen smirks.

Angad brings Sahiba to their house. Everyone doubts Sahiba’s talent. Sahiba asks them to not judge talent based on gender and age and that we should see art work and judge. Angad tells Akaal that it’s his responsibility if anything goes wrong. Akaal asks Sahiba to start her work. Sahiba starts her work.

Akaal tells his wife that he fail to fulfill her wish, I couldn’t take you to the place you were born and I’m not sure if I can do this year or not. Jabjyot says you gave me all things and I like your companionship. Akaal sees news that the function in Brar function won’t happen because of Angad’s mistake.

Veer sings the song. Bebe asks Akaal to smile for Veer. Sahiba gets impressed with Veer’s voice and she goes near his room and draws a smiling face on the glass. Veer smiles.

In the upcoming episode, viewers are going to witness Akaal will ask Jabjyot to forgive him and says this time I couldn’t give you the gift of your choice. Jasleen sees Sahiba’s art and says this is the result after all this drama? All waste. She says to Angad it would be better if you’d cancel today’s function.

Angad questions Sahiba so this is what you did after boasting big? He says You assured the palace but you have made this ruins?

Will Sahiba be able to impress Akaal with her artwork?
All these questions will be answered in the upcoming episodes.