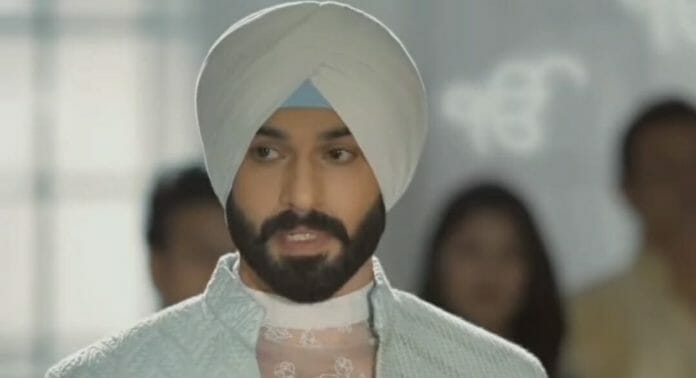 As reported earlier Angad talks with Mr Aman Dhillon the owner of the news channel and asks him for the phone no from which he got the information. Aman agrees to give him the information.

Angad in return shares the guest list with Aman. Angad and Kiara disturb Sahiba while she is working. Sahiba says she will leave if they disturb her again.

Angad sees the decoration and apologises to Jabjyot that he couldn’t give her favourite gift to her this year. Angad says to Sahiba that she promised them a palace but she made ruins.

Sahiba allows the sunlight enters and with it the reflection the room is on the symbol. Sahiba says to Angad that she always answers with her art. Akaal and Jabjyot praise her artwork. Akaal blesses Sahiba.

In the upcoming episode, viewers are going to witness Guests will praise the decorations. Gurleen says to praise Angad for these decorations. Akaal says Sahiba is the one to be praised, not Angad. Angad says to Sahiba ‘excuse me, this is my house.

Sahiba says so, You can’t bump into things. Angad asks do you know who I’m? Sahiba says you people are rich so have almonds for good memory, at least you will not ask people who you’re, and this may be your house but you can’t walk around blindly.

She collects her things on the floor. Angad asks how can she talk to him in that way. She turns and color falls on his clothes.

Will Seerat be able to win Brar’s brothers .?
All these questions will be answered in the upcoming episodes.