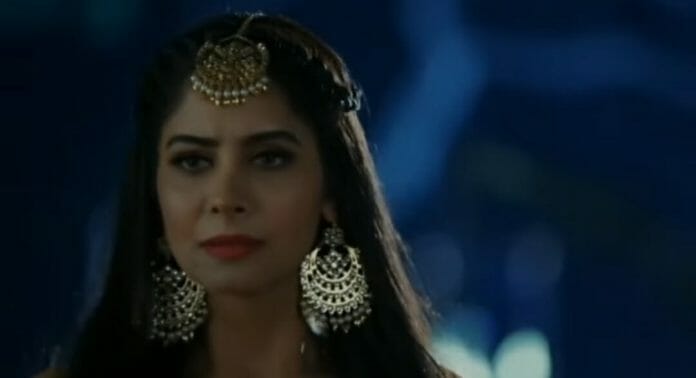 As reported earlier Santosh and her daughters reach Brar’s house. Santosh feels happy seeing the mansion. Guard asks Santosh to show their passes. Santosh checks the passes and notices passes are not in her bag. Seerat starts live and interacts with her followers. Sahiba sets all the house.

Tai ji asks her to eat food. Sahiba is about to eat food and notices Santosh forgot passes at home. Seerat notices her mom’s state and disconnects the live. She asks her mom about the passes. Santosh says passes are not with them. Sahiba runs out with passes.

The guards wouldn’t allow Santosh and her daughters to go inside. Santosh fights with someone that they are their passes. Angad hears the noise. He calls Guard and asks him what’s happening near the entrance. The guards say to Angad that some people are trying to enter without passes.

Angad asks guards not to allow anyone to come in without the passes. The guards ask Santosh to leave. Seerat blames Santhosh for their insult. Santosh says we will go inside the party. Santosh does drama that Akaal called them inside. The Lady guard stops her but she creates a scene and doesn’t listen to them then the guard pushes Santosh away. Sahiba catches Santosh.

She takes Santosh with her and asks the Guards if they want to behave evilly like Angad. Guard says she doesn’t have passes. Sahiba gives her passes. They enter the party proudly.

In the upcoming episode, viewers are going to witness Santosh will ask Sahiba to teach Gidda dance to Seerat. Seerat performs on stage seeing Sahiba. Angad joins Seerat on the floor. Sahiba notices a nail on stage and she rushes to take it. She takes it before Seerat steps on it and Seerat falls in Angad’s arms.

Will Seerat be able to impress Brar’s family?
All these questions will be answered in the upcoming episodes.