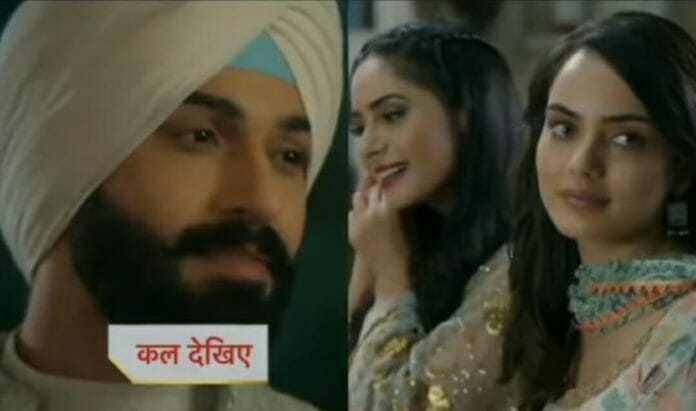 He gives prasad to Sahiba and asks why she didn’t leave as her work is finished. Sahiba looks on and thinks I hope passes to the function were delivered. Santhosh receives Brar’s function party passes. She feels elated.

Angad calls the number. The servant attends the call but Angad is not able to hear his voice. He collides with Sahiba. They argue with eachother. Kiara also insults Sahiba. Sahiba rebukes her. Angad asks Sahiba to leave their house. Gurimaharaj sees Sahiba and asks if she is the one who decorated the room for Paath.

Sahiba agrees. Patil praises her and asks what about the pot she said to make for Gurudwara. Sahiba says I did make the pot but an arrogant man broke it. Angad hears it.

In the upcoming episode, viewers are going to witness Angad tells Garry and Veer that he wants his partner to be his equal who is capable of being this family’s daughter in law. Veer asks capable in what sense? Angad says I want a girl who is well mannered and hold family values in high regard.

Santosh sees Seerat wearing Sahiba earrings. She says Sahiba, those are your earrings. Sahiba says so what does it matter let sister wear it. Santosh says you have a good heart.

Will Seerat be able to impress Brar’s family?
All these questions will be answered in the upcoming episodes.