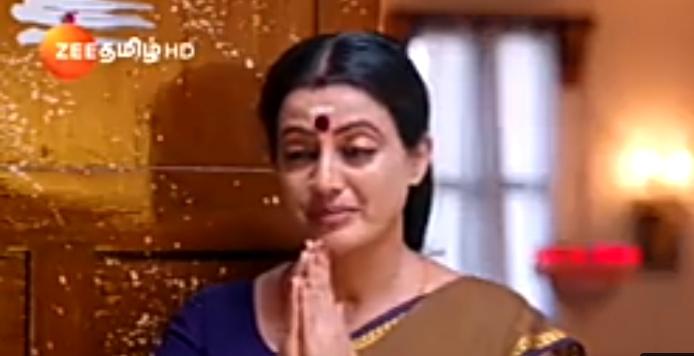 Previously we have seen that Marakndeyan discovered that Sita has arranged the money to pay the bill. Raja and Ravi tried to help Markandeyan but their wives stopped them. Sita called out for help when Markandeyan got electrocuted.

Markandeyan revealed the reason behind his actions. A shock for the family when Marakndeyan and Sita returned home. He taught a great lesson to Sita when she wrongly thought of the children. Sita worried about her ongoing problem. As per Marakndeyan wish, Sita decided to live their life only for themselves.

In today’s episode, Ravi hurries Uma to the hospital when she feels unwell. He is happy to learn about Uma’s pregnancy and shares it with the family. Uma stops Ravi from offering sweets to Markandeyan and Sita. Sita prays for their family’s wellbeing.

Ravi, Meghala and her mom, Malar busy in the kitchen. Raja and his son tease Meghala’s Pongal. Raja offers the tasteless Pongal to Revathi. Sita packs lunch for Raja’s son when he refuses to take Pongal.

Will He taste Sita’s Pongal? How will Marakandeyan pay off Ravi’s money? Will Sita and Markandeyan go out of the home?