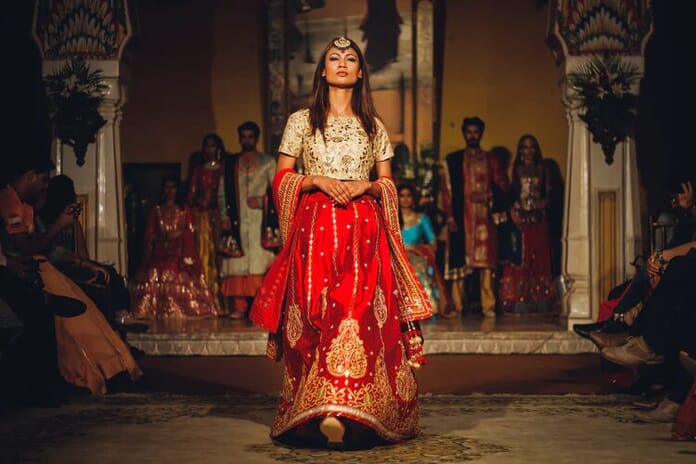 Bollywood is currently the world’s largest film industry appealing to millions across the globe. Well, there are many top movies made in Bollywood but here are some that are certainly among the best ever!

Formerly known as Bombay Cinema, Bollywood is currently the world’s largest film industry, with its content reaching and appealing to millions across the globe.

Bollywood movies are beloved due to their romantic plots, captivating soundtracks, and jaw-dropping plot twists. Here are just a few of the best Bollywood movies you are bound to enjoy.

This epic drama film is about a man who leaves his family in a desolate state. His wife, Radha, is left behind and struggles to raise her children. The couple owed money to a greedy moneylender who now wants sexual favors in exchange for the money they owe him. She remains adamant and will not give up her integrity.

The romantic comedy tells the story of a Punjabi girl and a businessman from Mumbai who met on an overnight train. His girlfriend had just dumped the man, and he was suffering from depression. He is persuaded to accompany her on her numerous escapades.

Queen tells the story of a young Punjabi woman who was brought up in a conservative family. Rani Mehra opts to go for her honeymoon solo after her fiancé, Vijay, cancels their wedding. Rani meets Vijayalakshmi in Paris, and they become good friends. Rani is more self-confident, and she learns how one’s background can affect their outlook on life.

Teen Patti is one of Bollywood’s most popular movie-themed slot and casino-based movies. Percy, a great mathematician, is assisting Venkat to achieve his goal to hit a big jackpot in the casino. Venkat uses a mathematical equation that proves to be successful and ends up being engulfed by greed.

The film uses parallel dramas, with one narration in the present and the other ten years in the past. Two friends, Raju and Farhan, reminisce about their college days as they head out to Shimla to find their long-lost friend, Rancho. The three had made a bet to see who of the trio would be the most successful in ten years.

Jodhaa, a Rajput princess, is betrothed to Akbar, a Mughal Emperor, as a peace offering to avoid war. She is reluctant as her heart is already set on marrying Raja Bharmal. Jodhaa’s mother gives her a vial of poison to use just in case after they agreed sending in a servant girl in her place would have dire consequences. Eventually, Jodhaa and Akbar develop mutual respect and admiration for each other.

The comedy-drama movie stars Naina, a woman with Tourettes syndrome that forces her to make uncontrollable sounds like hiccups. Naina has always wanted to become a teacher, but her condition causes her to be rejected by many schools. She finally lands a job in an elite school and does not let her weakness define her.

Despite her father’s disapproval, Kom, the daughter of a meager rice farmer, develops a keen interest in boxing. She meets up with Amarjit Singh, a boxing coach, and persuades him to train her. Her father reconciles with her after seeing how inconsiderate he was about not letting her follow her passion.

This is a tale of two lovers, Mastani and Bajirao, who are determined to make their love triumph despite facing opposition from Bajirao’s family. Bajirao is the Peshwa, or Prime Minister, and is married to Kashibal but ends up falling in love with the warrior princess, Mastani, after traveling to Sirona.

This movie depicts Sweety, a young Punjabi girl who marries a writer, Sahil, to please her family, especially her father, Balbir. However, she is secretly in love with Kuhu and starts a relationship with him. The move takes a chaotic turn when she goes against her family to fight for her true love.

The royal family calls upon Mili to be King Shekra’s physiotherapist, paralyzed from the waist down. She befriends the King, who persuades his son, Vikram, to take her to the Surajgarh Palace. Mili and Vikram fall in love, leading him to break his engagement with Kiara. The King and the Queen bless their union, and they are soon married.

An innocent man is arrested for a crime he did not commit. He is alleged to have committed a series of brutal murders, and the authorities do not believe that he has been framed. His pregnant wife does the unthinkable and commits a copycat murder while he is in custody.

The movie tells a story about Vijay, a writer, and poet whose career was unsuccessful. He lent his jacket to a beggar who was caught in the path of a moving train. The corpse was mistaken for Vijay because of his peculiar coat, and people presume him to be dead. His poems are published, and they become a great success.

We hope you have some tissues within reach when you do settle down to watch these movies. Bollywood movies sure know how to make you shed a tear or two. Some of them will induce gut-wrenching laughter, and you will be shedding tears of joy!