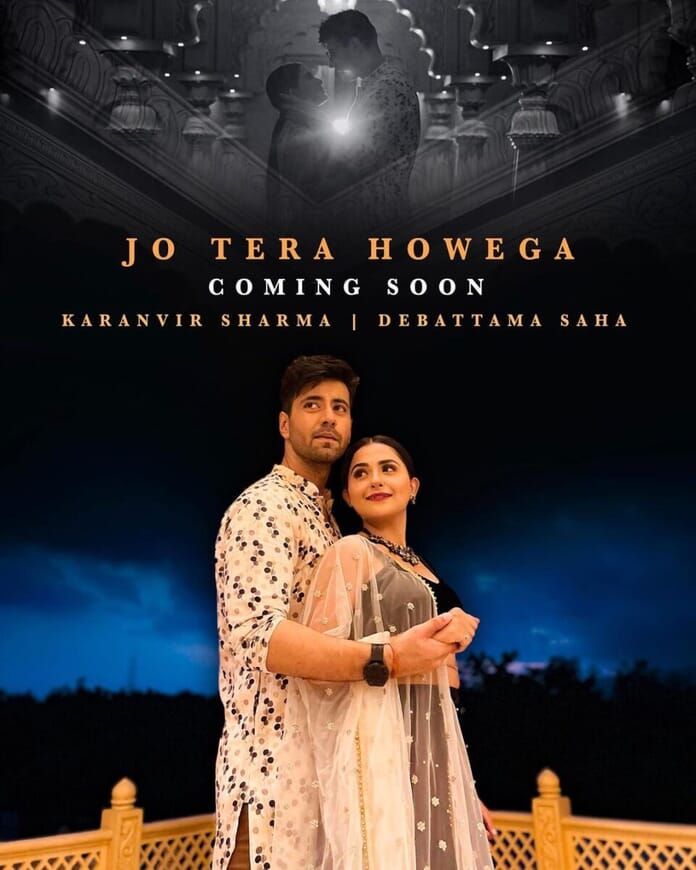 Star Plus popular show “Shaurya Aur Anokhi Ki Kahani” lead actors Karanvir Sharma and Debattama Saha are immensely liked and loved by the audience even after the show wrapping up long ago. They get trended for their show, characters or sometime for a mere union on social media. The fans never leave a single chance to bestow their love and appreciation on these duo. Well, we all knew that Karanvir and Debattama were doing a music video as a gratitude for their fans. Not only that, the song is also the original soundtrack of the show which directly connects fans to the emotions and memories of Shaurya and Anokhi.

Today, Karanvir and Debattama revealed the first look of the music video poster. The release date is not yet mentioned in the poster but the poster clearly radiates the crackling chemistry of Debattama and Karanvir. Recently there was an update in the instagram profile of Karanvir Sharma where he shares the behind the scenes while doing the editing of the music video. The poster featured Debattama Saha as the singer and actor, Karanvir Sharma as the director and actor. Along with them Vatshal Chaveli is doing the music and DOP of the music video is Rushabh Modi, who is also doing the editing of the video. Well some hours are left for the actor Karanvir’s birthday and before that the release of this poster surely made the fans double excited as they can’t wait anymore for the video to get released. Well according to the sources, before the final video , an exclusive teaser will be released for the same. Check the poster of the music video here :

So are you guys excited for the treat from your favourite DeVir? Tell us about your excitement in the comments below.