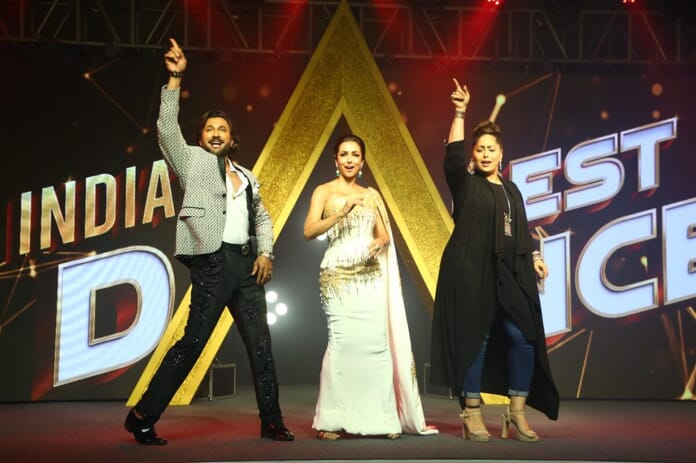 Yesterday the media got a chance to talk to the judges of the new Sony TV dance show, India’s Best Dancer 2 i.e Malaika Arora, Geeta Kapur and Terence Lewis. Excerpts of that chit chat.

Geeta Kapur dumped her trademark sari and came attired in a fabulous pair of jeans with a shrug. She said she wanted a change and asked the media for their approval which she wholeheartedly got. ” Inside, I am the same old Geeta Ma just updated the exterior.”

She further added that some of the contestants pleasantly surprised us ” We did not think they would have the legs too so far, but man, the way they performed.”

Terence says ” As judges, we have to educate the contestants about where they went wrong or right. This way, even the viewers get involved.”

“Today, the internet has thrown up many new dance moves, so I have to keep updated, lest one of them come on my show. How else do I judge them?” reasons Terence

On a lighter note, Mallika said she had learned many classical Hindi words from Terence, he replied,saying we have made her more desi in return.