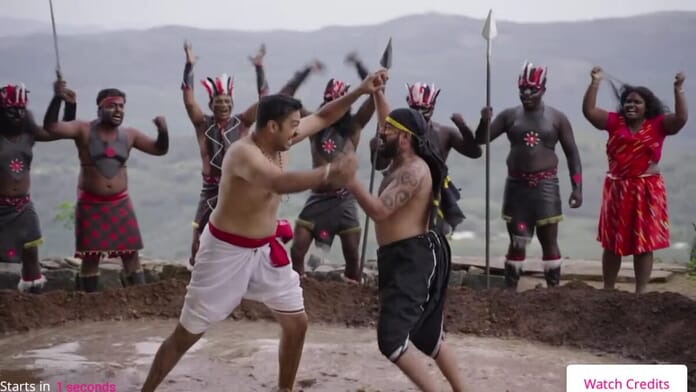 Zee Tamil popular hit comedy show ‘Thirumathi Hitler’s is all set to entertain audience with the new track. Now show concentrating in How Hasini gonna propose AJ. Earlier we saw that Hasini argued with AJ. Viewers will see that Hasini to plot against Tribes.

In Today’s episode we see; AJ argues with Hasini. He is not ready to listen her words. Hasini lies to the king and pretends like that to marry the king to save AJ. AJ runs from there giving tough time to Hasini and Jaya. Hasini complaints to her that AJ didn’t listen to her words and started run from here. Tribes chases behind him. AJ reaches to the same place. Hasini teases him for behaving like this. She asks him to accept her as his wife then she will somehow convince the king to leave him. AJ refuses to listen her words and misunderstands her intention. Hasini assures to Jaya that she will save him. King flirting with Hasini and annonces to her that he gonna marry her tomorrow and AJ gonna be treat to all.

In the upcoming episode viewers will see; AJ will shock to hear tribes gonna kill him at night. He will plead with the king to leave him. king’s sister come there and greet Hasini as her sister in law. King’s henchman gives monkey’s blood to Hasini to drink and Buffaloes blood to Jaya. King’s sister take Hasini with her for dance practice. Hasini and jaya will dance with them without option. Jaya will share some plan with her. AJ to fight with King.

What will happen next? Whom will win in this fight? How will AJ and Hasini escape from Tribes?