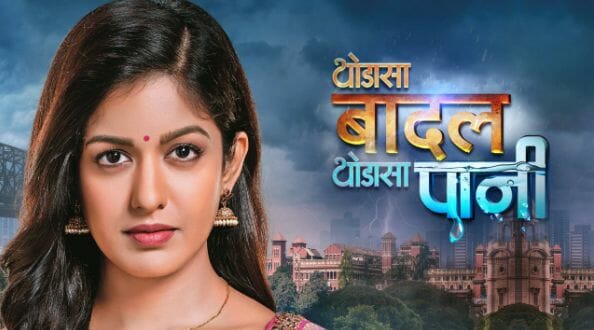 Kajol tells Anurag to forgive Priyanka. Thakur Maa tells Kajol’s heart is very pure and she is always ready to forgive. Naina asks Priyanka did she give up so easily? Naina tells did Priyanka accept defeat so easily? Priyanka tells Naina she is such a looser and she is just fulfilling her friendship with Anurag. Thakur Maa mocks Naina. Naina asks for her cheque. Chandana tells Kajol to give the che

Bolti tells Naina not to try to compete with Shreya as she will never be equal to her. Kajol tells she cannot understand what she has to do to make Naina happy. Thakur Maa tells Naina is like this only and today is a very happy day so not to worry about her. Apu tells Naina had to ask money at this time only or else we would have sent Kajol like a Princess. Anandita calls Kajol and tells Kaushik suffered a heart attack and he wants to meet Bolti. Anandita apologizes to Kajol for her mistakes and cries and tells Kajol to send Bolti home and she will be forever grateful to her.

Anandita requests Bolti to stay with them for a few days. Chandana tells today Anurag and Kajol will go to temple for prayer. Anurag comes to Kajol’s house for prayer. Anurag is surprised to find out that Kaushik suffered a heart attack and no one informed him. Kajol tells she thought he might be busy in treating Kaushik so she didn’t call him. Anurag calls Arjun to inquire about Kaushik. The episode ends with Arjun telling Anurag how can he expect to treat Kaushik when he is the reason for his stress.