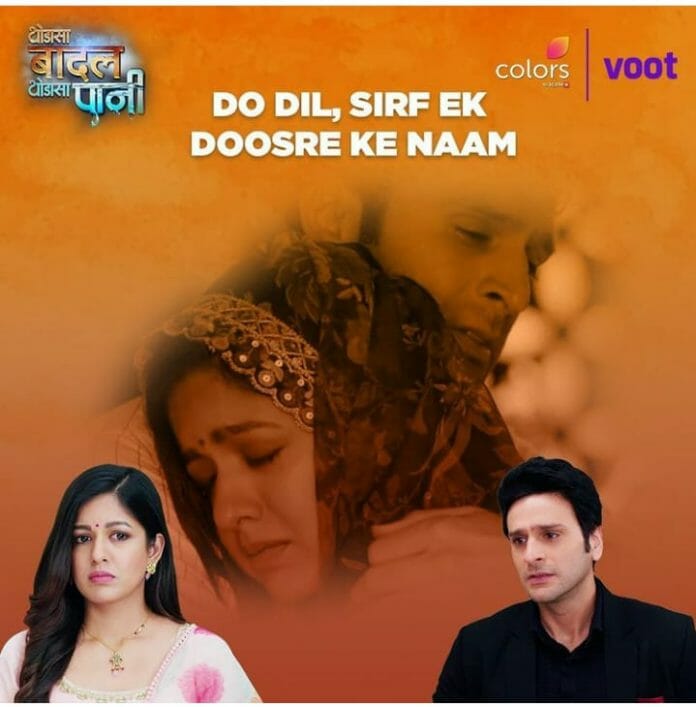 The episode starts with Naina calling Kajol. Naina taunts Kajol and tells you have already done this rituals but your groom is new so do it properly and finish all the food. Kajol asks Naina where is Bulti? Naina tells Kaushik is ill so everyone is in farmhouse. Kajol thinks Naina is also involved in this plan. Apu asks Kajol if Bulti is still on call? Kajol tells Bulti told she will call again. Anurag calls Kajol and tells Bulti is not at the farmhouse and now he is also getting worried about her. Kajol tells Naina to call Bulti as she is unable to find something and tells Naina to call someone else who is with Bulti.

Naina calls Anandita and Kajol takes the phone from her and tells she wants to talk with Bulti. Anandita tells it won’t be possible to talk with her now and she will text Naina later. Anurag calls Kajol and tells he asked the neighbors and noone came here since last few days. Kajol tells now she is sure that Naina is also involved in all this and Anandita didn’t even let Bulti talk with me. Kajol tells Anurag she heard noise of train while talking with Bulti. Anurag tells Anandita had a house in Burdwan near railway station and they might have taken Bulti there. Kajol tells Anurag not to go alone as they can harm you. Anurag tells he will inform the police and send the location to Kajol. Kajol thinks how could Naina do this with her own brother and brother-in-law.

Kajol thinks Naina is so much blinded by money that she forgot her own family. Naina tells Kajol she should be happy now as she is getting married. Kajol tells Apu to let her go with Anurag and he should wait and keep an eye on Naina. Apu tells last time when Kaushik kept him under house arrest they hired a detective to keep an eye on me so maybe even this time someone is keeping an eye on us and can attack us. Kajol tells she will use her costume from college days and disguises as an old lady to go out of the house.

Anurag tells he can’t believe Kajol could do all this. Kajol tells even after disguising she got out with great difficulty. Flashback shows Naina stopping Kajol when she was trying to escape. Apu lied to her that she is Anurag’s relative and came to meet Kajol. Naina tried to go up and meet Kajol but Apu tells Naina not to disturb Kajol and let her rest. Kajol tells Anurag she saw someone outside her house while escaping. Anurag tells Kaushik might have hired him to keep and eye on your house. Anurag tells Kajol not to worry he has told everything to police and the episode ends with Anurag and Kajol going to rescue Bulti.