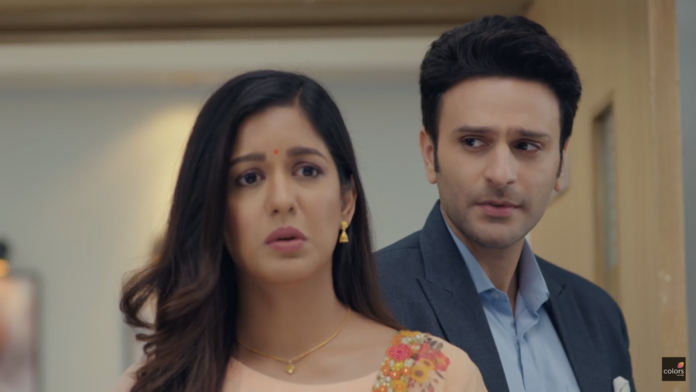 Colors TV show Thoda Sa Badal Thoda Sa Paani is now on the track of Anurag starting to fall for Kajol. Arjun is planning to take revenge of his insult from Kajol by using her younger sister Naina. Will Kajol find out about Arjun’s intentions and save her sister from his evil plan? Will Anurag realize his feelings for Kajol? How will Kajol cope up with the difficulties that are coming her away after her father’s demise?

Will Anurag stand with Kajol during her difficult times? Shreya is getting jealous of Arjun not paying enough attention to her and has started to get impatient. Anurag’s college friend has returned and joined his hospital,keep her watching the show to find out what twist she brings in the story.

Kajol thought sometimes Anurag is rude and sometimes he is normal it is so difficult to understand him. Arjun told Naina his father is convinced but his mother is ready to agree. Arjun told it would be nice if our mothers talk with each other. Naina told her plan to Arjun. Naina told I love you to Arjun and he told her not to tell Kajol about the meeting. Naina told she is not stupid to inform Kajol.

Anurag cancelled all his meetings and waits for Kajol. Chandana meets Anandita in the temple and apologizes to her for Kajol’s behavior. Anurag told his mother today he is going to her NGO with a new teacher and he thinks they cannot find a better teacher. Chandana told Kajol will have to accept her decision and she will apologize in front of everyone. Anandita told she cannot take such decision alone so she will talk with rest of the family