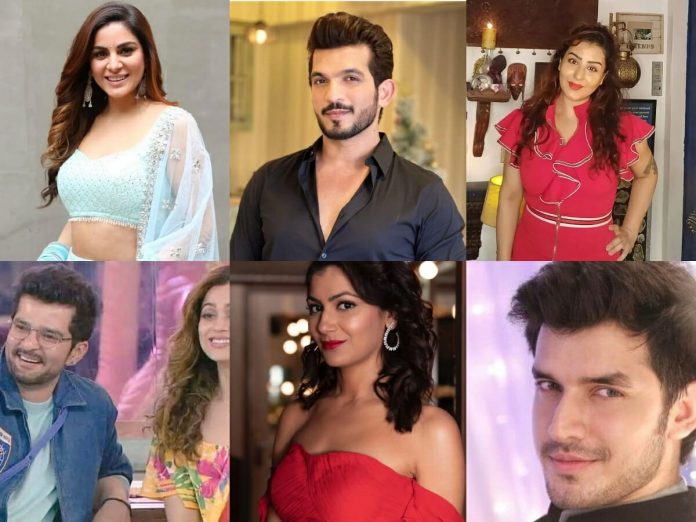 From ShaRa break up to Paras Kalnawat sudden exit from Anupama; check out the big TV breaking news:

Met on the sets of Bigg boss OTT, famously known as SHARA, tinsel town couple Shamita and Raqesh announced their break up. They told their fans that they are no longer in a relationship. The news came as a shocker for loyal SHARA fans. ShaRa urged their fans to respect their decision.

Heartbreaking news indeed! ShaRa looked dreamy together. We hope the couple find the love of their life again.

Paras Kalnawat was terminated as an actor by Rajan Shahi:

Actor Paras who made buzz for playing Samar in Anupama was terminated overnight for breaching contract. Rajan Shahi released a statement and told “We as a production house won’t entertain breach of contract.  We have terminated his services as an actor with immediate effect. We wish him all the best for his future endeavors”

After this Paras told to media his side story. He told the leading daily “Everything is great with Anupamaa but I did not see my character evolving. I have huge respect for Rajan sir and the team and wish them all the best. At this stage of my career, I wanted to take up a new challenge. Also, I must add that I did inform the production about my decision, however, due to the channel and contract clauses, it wouldn’t have been possible for me to continue with Anupamaa after signing Jhalak.”

Last but not the least; Shraddha Arya dropped the hint about quitting Kundali Bhagya after giving 5 years to the show. Fans wished the actress good luck for her future. She is all set to make Bollywood debut alongside Arjun Bijlani and Arjit Taneja.

“I Don’t Know Why I Am Crying 😭. Thank You #Preeran #Dheeshra @kundalibfamxx . Happy 5 Years Of KB To Everyone Who has been part of this INCREDIBLE journey… Active.. or passively. All fans, followers, critics … 5 YEARS is a Huge Huge Milestone to achieve and it just wouldn’t be possible without any of you! @dheerajdhoopar Congratulations & a Big Thank You @ektarkapoor ❤️ !!! #KundaliBhagya #5Saal #GloriousFiveYears”

Drop a name of your favourite actor below