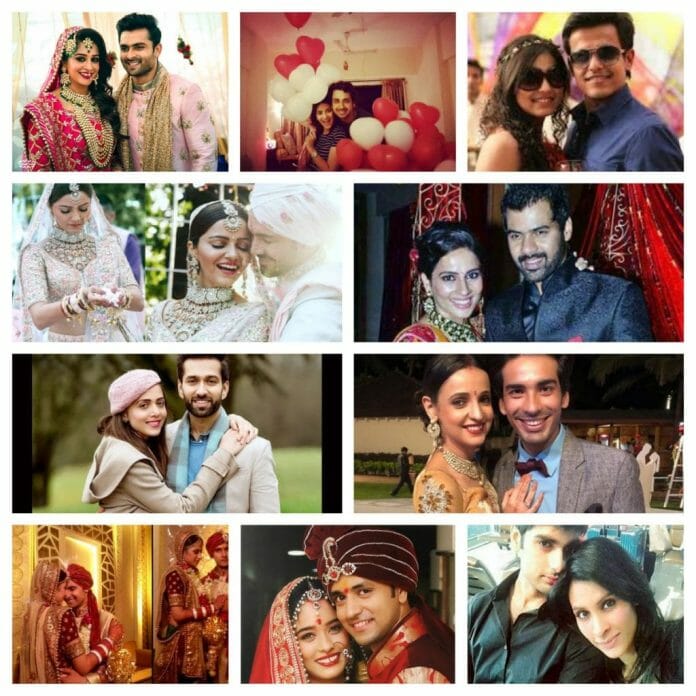 Valentine is accountable to someone
who loves you, cares for you, accept your flaws and inabilities and still love you like there is no
other in the world. This year in the month of celebrating love day we are presenting you top 10
real life couples who seemed to celebrate Valentine day each second everyday in a year and make us
go “aww” in adoration. 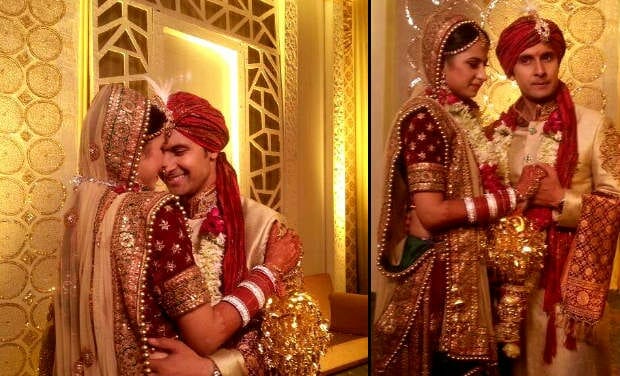 Sargun and Ravi are undoubtedly one of the most cutest couple of T-town and their cosy pictures
and adoration for each other is so vibrant. The couple met on the sets of “12/24 karol bagh” where
they played the role of onscreen husband and wife. Things started brewing between them from
there only. The couple tied the knot on 7th of December, 2013. The couple has also participated in
Nach Baliye and was a good competition for others. This couple is one of the most loved offscreen
couple of television for many right reasons. They are sure soulmate with almost similar
personalities. We wish this beautiful power couple all the best for their future and Happy
Valentines day. 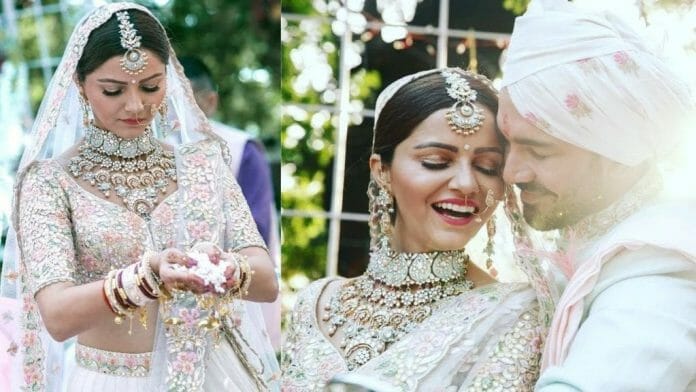 There are millions of stories and theories about opposite attracts but people who have almost same
trait can also fall in love and make it count to marriage. These two TV hotties are perfect example
of that blend. They complement each other, they complete each other in various ways. The couple
tied the knot last year on 21st June, 2018 in a private ceremony and later on throws a big party for
friends and colleagues in Mumbai. The couple met through a common friend in a Ganapati puja
ceremony and their destiny were sealed already. 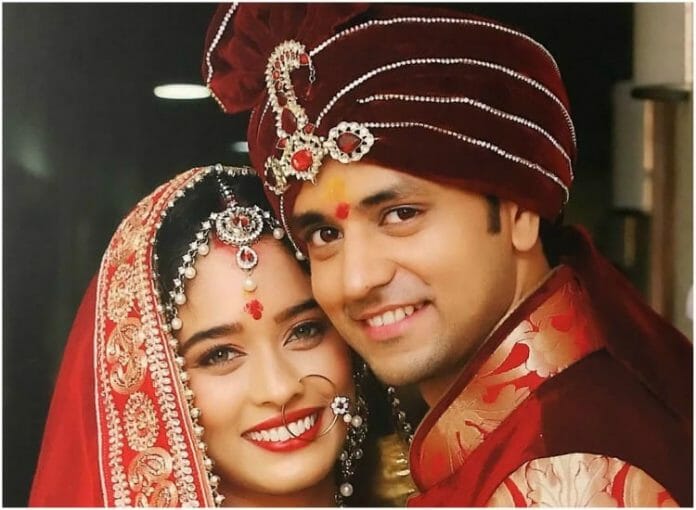 Television one of the most good looking, charming and handsome guy who is currently
entertaining the audience as Dr.Kunal Malhotra in Silsila Badalte Rishton ki has a real life Mauli in
his home. We are talking about none other than but the better half of the man, Mrs. Arora. The
couple met on the sets of “Tere Liye” and perceived each other as rude personalities. Though
things changed a lot later on and both realises that they don’t need anybody else but each other
only by their side to have a imperfectly perfect love story. The couple tied the knot on April 6 of
2018 in a private affair away from media and attention. 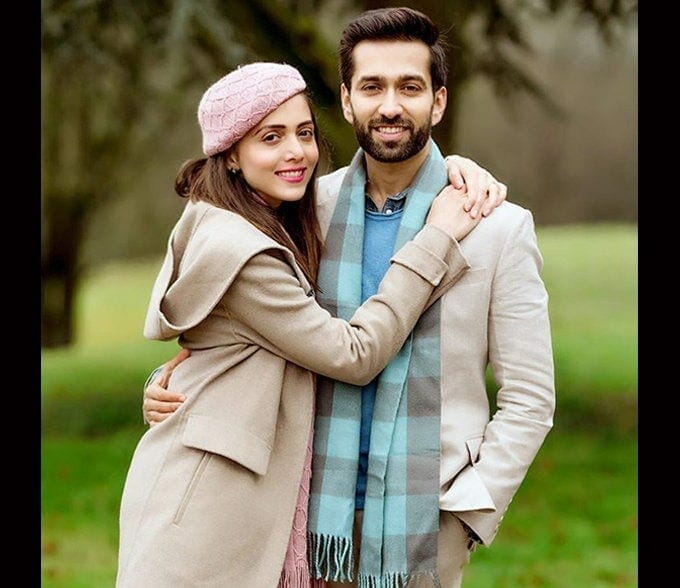 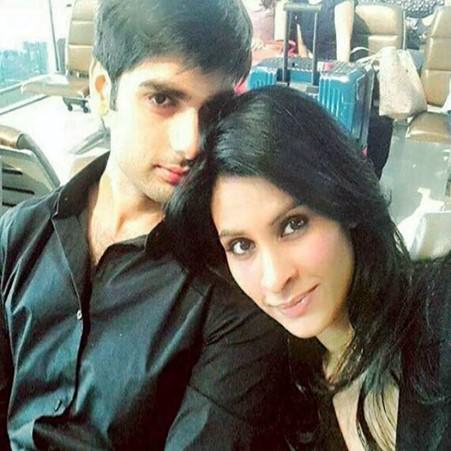 Swaragini star Varun Kapoor who is currently is in his 30s is married to his girlfriend Dhanya
Mohan. Varun Kapoor who has a dazzling smile is a punjabi guy by birth who brought up in
Gandhinagar, Ahmedabad. The actor came to Mumbai to pursue his dream of acting where he
meet his lady love Dhanya. On 24th January, 2013 this two tied the knot in presence of their family
and friends. While both are working person in two most hectic sector. They don’t get enough time
to spend with each other. They are a perfect example of balanced love marriage to look upto. 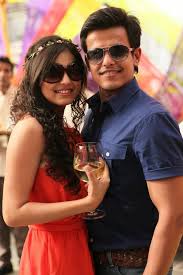 This former Silsila actress is remembered after one of the most iconic lady name, Madhubala.
Drashti Dhami is one of the most popular and beautiful actress our TV industry ever had. Drashti
despite being much popular always keep her affairs under the carpet. During her being on a reality
show she unwrapped about the man of her life to us and fans. The duo dated almost for 8 years
and finally tied the knot in 21st February, 2015. Despite being from two almost different sector
their love for each other is so evident and vibrant.

The Kumkum bhagya star Shabbir Ahluwalia is surely a king of many girl’s heart but his heart is
belong to his long time girlfriend come wife Kanchi Kaul. The actor is nearly married for near
about 8 years now and a darling parent of two kids. Though being much private people they never
revealed much about the love stories but their affection for each other in social media speaks
volume about their marital life. Shabbir got married to Kanchi on 27th November, 2011. They
both met through their common friend Ekta Kapoor and things started getting in shape from then. 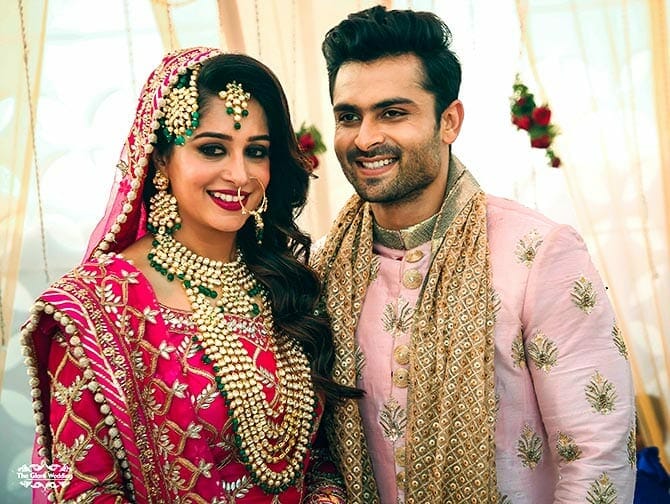 The Bigg Boss Season 12 winner Dipika Kakkar is head over heels in love with her former co-star
husband Shoaib Ibrahim. Their love story is no less than a roller-coaster ride. Dipika who was
married when she came to do her daily soap “Sasural Simar Ka” met Shoaib on the sets. They areone of the popular couple back then and were good friends. Dipika’s first marriage was not a fairly
affair and she got divorced from him. She realised her feelings for Shoaib when he left Sasural Simar
Ka. After keeping so much suspense about their relationship the couple got married in 22nd
February, 2018. 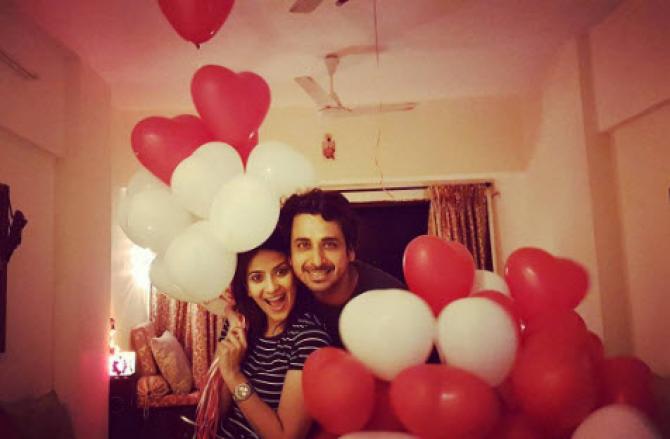 Aditi Dev Sharma who grabbed many eyeballs with her powerhouse acting and talent in Colors
Silsila Badalte Rishton Ka is married to her boyfriend Sarwar Ahuja from a long time. Sarwar is also
a TV and Film actor and both of them keep their marriage secret for long time due to professional
needs. This two met on a reality show called “Zee Cinestar Ki Khoj” and ended up as winners. In
the year of 2004 when they started working in movies they realised their feelings for each other and
started dating. In the month of June of 2004 the couple tied the knot officially. Sanaya Irani and Mohit Sehgal who rose to fame from the show of Star One “Miley Jab Hum
Tum” were always loved and adored immensely as a onscreen couple. The couple fall in love on the
sets of the show but keeps mum about it. Only after the show went off air the couple decided to be
vocal about their relationship. The duo got married in a grand way in Goa on January 25, 2016.
The couple dated for seven long years and in this meantime their relation only grows stronger to
stronger. Currently the duo is busy enjoying their lives by outing to some exotic locations around
the world.
So these are our picks for the valentine. Tell us who is your valentine goal and why in the comment