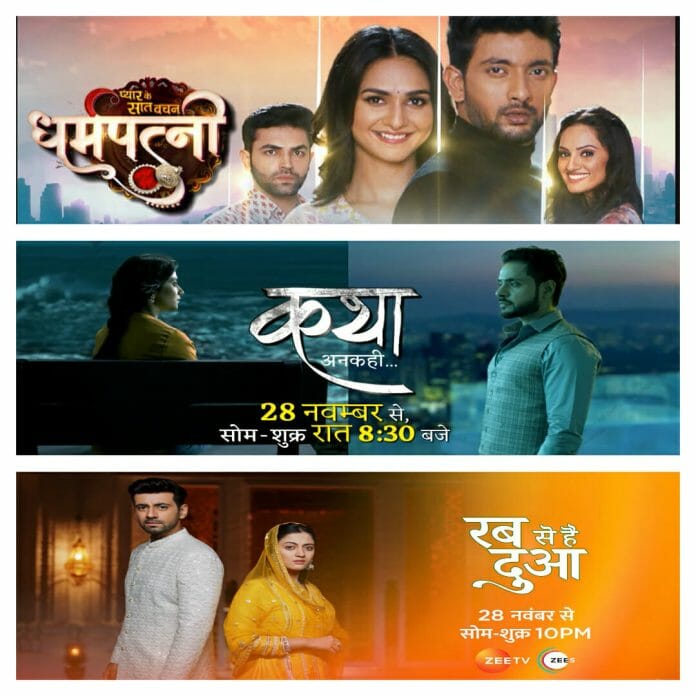 Fahmaan Khan, who gained immense recognition and popularity from the serial “Imlie” and is today considered one of the most talented actors on television, will be seen playing the male lead Ravi in this serial. A model and actress, Kritika Singh Yadav, who has been part of projects like “Aapki Nazron Ne Samjha,” among others, will be playing the female lead, Pratiksha. Actors Gurpreet Bedi and Aakash Jagga have been roped in to play the parallel leads

Katha Ankahee  – The most ambitious effort on Sony TV is Katha Ankahee, a remake of the most watched Turkish programme on Kanal D, Binbir Gece, which has been adapted into more than 50 countries. In the Turkish television series, a woman who is seeking to raise money for her child’s medical expenses receives an offer that alters the course of her life. According to the preferences of the Indian audience, the tale and its presentation may be altered in the Hindi version. Aditi Sharma and Adnan Khan are the stars of the Sphere Origins-produced show.

Katha Ankahee will air from 28th November, Monday to Friday at 8:30 pm on Sony TV

Rab Se Hai Dua – Zee TV’s upcoming show, set against a Muslim backdrop and titled “Rab Se Hai Dua.” Actors Karanvir Sharma, who previously acted in Shaurya Aur Anokhi Ki Kahaani, and Aditi Sharma, who previously acted in Yehh Jadu Hai Jinn Ka, are playing the leads in the show as Haider (Karanvir) and Dua (Aditi), settled in old Delhi. Dua, whose life is centered around her husband and his family, is the ideal wife and daughter-in-law. When Haider admits to having fallen in love with another lady and tells his wife that the Quran permits men to remarry, Dua’s entire world comes tumbling down. However, Dua is deeply hurt and asks her husband to re-read Quran and check the conditions under which a man can remarry.

Keep reading this space for more updates from the entertainment world.