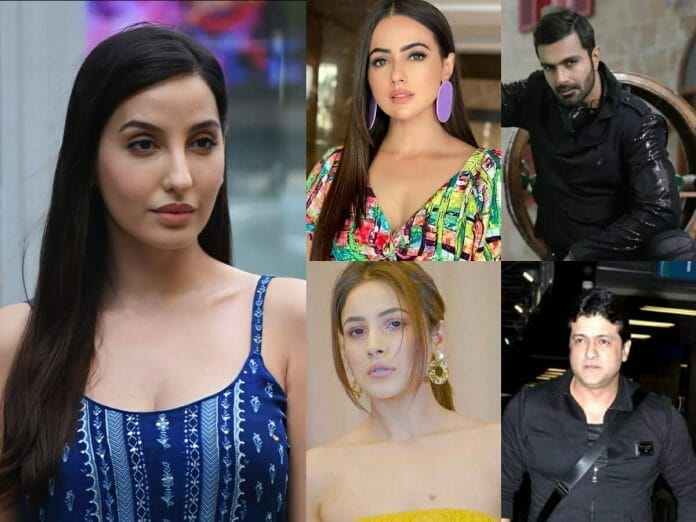 By Anil Merani| Salman Khan’s most popular non-fiction television reality show, Bigg Boss has seen a lot of contestants that went on to win the hearts of the audience and touch whole new heights of popularity and growth in their careers. Profoundly, Salman Khan is well known for launching some great talents in the industry. Having hosted Bigg Boss for 12 years, Salman Khan has also given a big break in films to some contestants after they have served their stint on the show. This has further framed the career graph of the Bigg Boss contestants who have bagged a role opposite Salman Khan.

So, here top 5 celebrities who have grabbed a role in films opposite Salman Khan post their stint at Bigg Boss.

The way Shehnaaz Gill has impressed the audience during her stint in Bigg Boss season 13 is well known to everyone. She has certainly introduced a distinct charm of cuteness that not only left the audience but also the host Salman Khan impressed. This has made her beg a role in Salman khan’s highly anticipated movie Kisi Ka Bhai Kisi Ki Jaan. This one is indeed one of the biggest breaks any contestant has ever begged from Bigg Boss.

Armaan Kohli grabbed the attention of Salman Khan during his stint in Bigg Boss season 7. While the actor has taken a break from the movie, his successful journey in the house of Bigg Boss house grabbed him the role of an antagonist in Prem Ratan Dhan Payo. As the film marked the comeback of Armaan to movies, his  performance was also been appreciated by the masses and the critics

Ashmit Patel appeared in Bigg Boss season 4 and this is the time when his career graph was redefined when he grabbed a role alongside Salman Khan in Jai Ho post the show. This has indeed made him grab some other projects as well.

Sana Khan was a part of Bigg Boss season 6. During her journey, she managed to grab the attention of Salman Khan which made her enter the big screen. Sana grabbed her role in the 2014 release Jai Ho opposite Salman Khan.

Nora Fatehi was a contestant in Bigg Boss season 9. While she is a well-known name today for super hit dance numbers, like Dilbar, and Garmi among others. Post her stint at Bigg Boss her career graph has truly turned upward while she also grabbed a role opposite Salman Khan in Bharat.