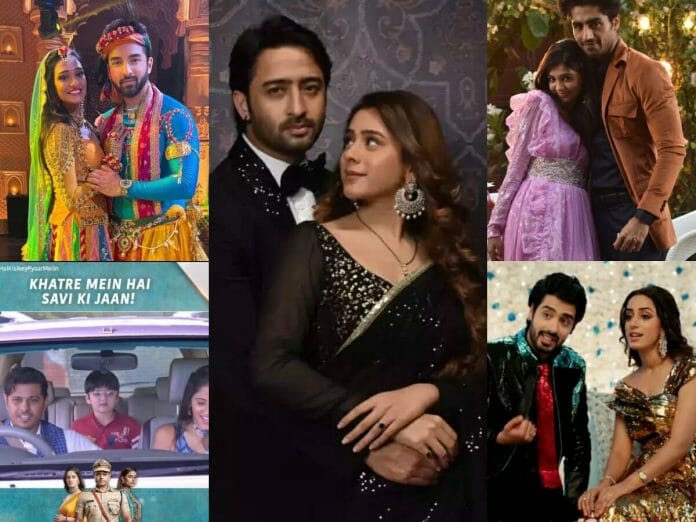 The separation and leap twist in the show destroys the essence of beautiful made love stories. TV most popular daily is witnessing high voltage drama where leads are separated for the drama. Here we bring the list of the jodi’s who are not together anymore:

Yeh Rishta Kya Kehlata Hai fame Abhimanyu and Akshara made their irreplaceable place with their breathtaking chemistry. The couple is TV’s one of the iconic pair. But for the drama, Abhimanyu and Akshara are now separated. All thanks to makers of the show. Fans trended against the makers to not bring the time leap.

Yeh Rishta Kya Kehlata Hai is all set to bring 5 years leap. Abhira will live separately. Akshara will end up being with Abhinav. While, Abhimayu will marry Arohi and will be seen raising Neil’s child. Fans of the show are against the leap but makers are all set to bring high voltage drama in the show.

Another famous Jodi that made place in audience heart. Sai and Virat’s chemistry engaged the audience to the show Ghum Hai Kisikey Pyaar Meiin. SAIRAT earned the separate fan base. Since Ghum Hai KisiKey Pyaar Meiin is based on triangle lovestory, Pakhi’s introduction separated Sai and Virat. Makers ruined SAIRAT for Pakhi. Loyal viewers of the show are still upset for destroying SAIRAT.

Ekta Kapoor’s Yeh Hai Chahatein has seen generation leap. For the major drama makers killed Rudra and Preesha, fans most favorite Jodi. Abrar and Sargun are now playing Samrat and Nayantara in the show. Audience accepted the new Jodi too.

BhagyaLakshmi fame Rishi and Lakshmi are separated ever since they are married. Lakshmi caught Rishi in a compromising position with Maliksha and walked out from Rishi’s life. Fans want RIMSHI together.

Rohit Suchanti and Aishwarya Khare play the character of Rishi and Lakshmi in the show.

Last but not the least; Krishna and Sayuri are separated post leap in the show. Sayuri returned as Sanchi. She is now Vikrant’s wife. Woh Toh Hai Albelaa fans are waiting for Sayuri to revive her memory and reunites with Krishna.