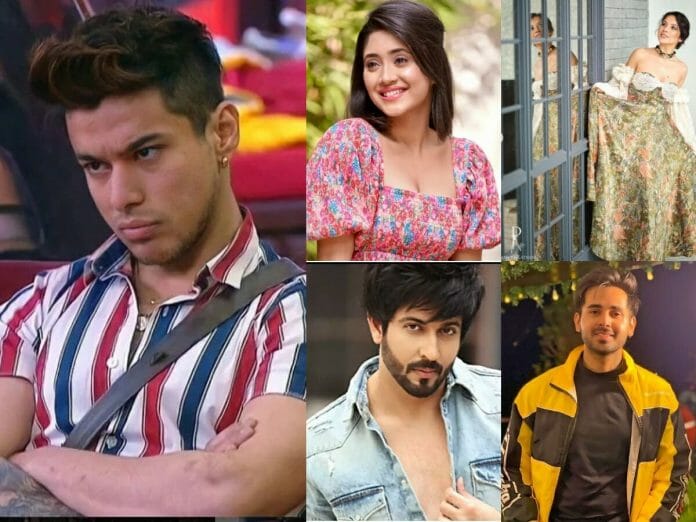 From Dheeraj Dhoopar to Shehnaaz Gill, here we bring the list of actors that got trended recently on twitter. Read out the reason why top 5 celebs trended:

Fans of Kundali Bhagya fame is missing him badly. The trended hastag Dheeraj Dhoopar to make a comeback soon as they miss him.

According to the latest report, Dheeraj Dhoopar is one of the dancing contestants in the upcoming season of dance reality show Jhalak DhikhaJaa, which is returning after long break of 5 years. Show will be judged by Karan Johan and Madhuri Dixit.

Few news also read Dheeraj is been locked opposite to Surbhi Chandna for Surabh Tiwari next on colors.

Gill trended of falunting off shoulder dress on her instagram. She is looking heavenly beautiful like always. Actress went to drastic transformation post coming out from Bigg Bosss 13. One just can’t take eyes off from this leading beauty. Daboo Ratnani lens captures Shehnaaz ascetically. See the picture here.

Shivangi’s elimination from Khataraon Ke Khiladi 12 made noise. Fans said she is there winner. Her fearless stunts impressed millions out there. Few fans also claimed that makers were biased towards the actress throughout. Shivangi’s stint in kkk12 is remarkable.

Pratik rose to fame from Bigg Boss 15. The first runner up stint in the show was impressive. He is currently stunning his fans with his awmazing stunts. Recently, Pratik extended fam got upset on makers for targetting him. While, actor took his twitter account and praised fans effort. He quoted “Above Live Cricket match, above highest rated Television shows and what not. Bigg boss mein yeh sab main dekh nahi paya tha kyunki ghar ke andar tha. Seeing myself on the top. Big deal! Thanks alot Thank you #PratikFam & Thank god and my mother #PratikSehajpal #Power”

Balika Vadhu 2 fame Randeep Raii starring bollywood movie Saroj Ka Rishta to hit the theatre on 16th September. Fans cant keep calm and trending Raii for his upcoming project on big screen. They cheered for the hunk under the hastag.