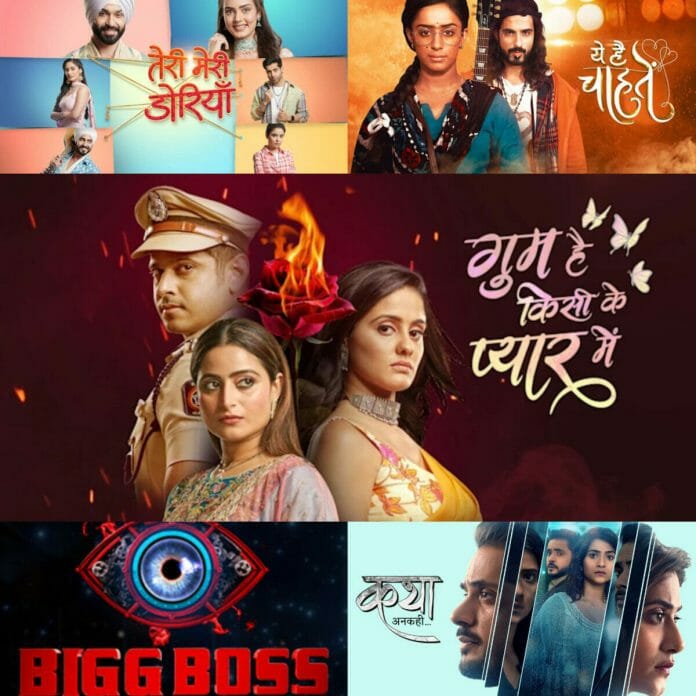 Here we bring the list of TV shows that is high on drama. TV daily’s making twitter trend. Check out why

Star Plus newly launched Teri Meri Dooriyaan is making place in audience heart. Set on Punjabi backdrop, show so far managed to connect with the audience.

Teri Meri Dooriyaan seen Angad and Sahiba’s accidental meet interested he audience. In the upcoming episode, Angad will get smitten by Sahiba. Elsewhere, Gari will try to snatch Angad’s position. Get ready with your popcorns for the upcoming high voltage drama in the show.

Sony TV currently chart buster show Katha Ankahee in the recent past seen Katha’s one night stand with Viaan for her son’s sake. Soon Viaan will learn about Katha’s backstory. Will Viaan regret his action towards Katha? Will Katha and Viaan turn friend? Will Katha forgive Viaan?

Bigg boss 16 is one of the most successful seasons after 13. It is loaded with high voltage drama daily. In the upcoming episode viewers will see contenders pulling up their socks to rock the finale.

Show Ghum is always high on drama. Sai and Virat trying to figure out about Vinayak’s existence. Soon Virat will learn that Vinayak is his and Sai’s lost child. But he will hide the face from Sai for Pakhi’s sake. How Sai will react on Virat’s betrayal will be interesting to watch.

On story front, Aliya and Samrat’s marriage drama next!