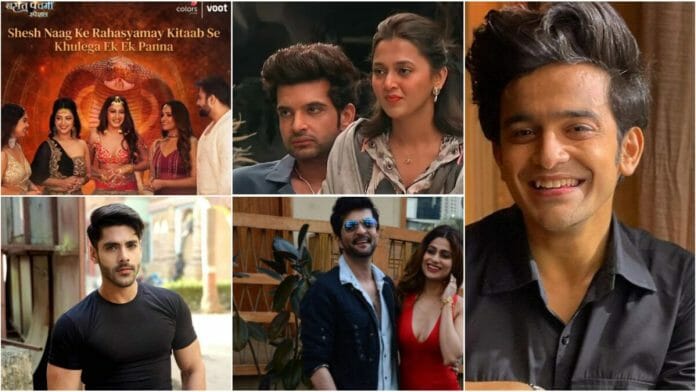 Check out the hot and trending news from the television world if you have missed it. Read below!

Simba Nagpal is confirmed to play lead opposite to Tejasswi:

Famous supernatural reality show, Naagin is back with its 6th edition. The show will hit the screens from 12th February, 2021. The news of Tejasswi Prakash playing the female lead in the show is already confirmed. Fans were waiting to see which handsome hunk will be paired opposite to the Bigg Boss 15 winner. Well, the wait is over as Tejasswi herself disclosed the news of Simba Nagpal being paired opposite to her. She shared intagram story where, Karan Kundrra and Simba was sharing the talk. Karan expressed his happiness that Simba is playing the lead opposite to Prakash. No sooner the news was out, hastag Simba Nagpal ruled the trending list. Comment if you are excited to see Simba and Tejasswi’s Jodi!

For a special episode, colors TV recently announced about the entry of the actors who were associated with the supernatural show Naagin. From Surbhi Chandna, Adaa Khan, Pearl V Puri to Anita Hassanandini; Naagins will grace ‘Basant Panchami’ special episode. Fans are excited to watch their favorite actor together after so long.

ShaRa trends as Shamita Shetty celebrates her birthday with her friends and family:

Shamita made her place in top 4 and was evicted later. Her journey was praised. She was tagged to play the game gracefully, Shetty’s journey is remarkable. Recently, Shamita celebrate her birthday. Rakesh entry in Shamita’s birthday made fans to trend ShaRa. They can’t stop adoring their favorite couple.

Shamita Shetty recently celebrated her birthday. Her party was a big breaking. Amid the news, Shamita didn’t invite her co-contender Karan Kundrra and Tejasswi Prakash from Bigg Boss 15 made the buzz.