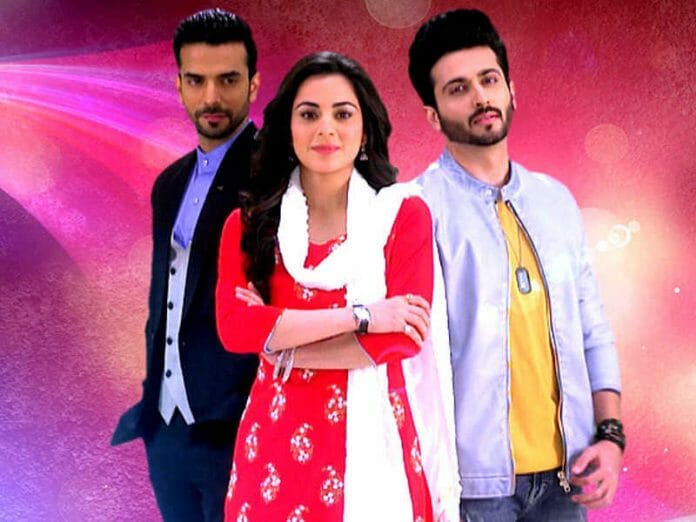 Zee TV show, Kundali Bhagya is witnessing high voltage twists and turns. Shraddha Arya and Dheeraj Dhoopar starring show never fail to amaze the audiences with their drama. Earlier it’s seen that Mahira accuses Preeta for Mahesh’s condition to create hatred for Preeta in luthra’s hearts and she gets successful too in her plan. And Kareena announces Karan and Mahira’s marriage to protect her family from Preeta. Preeta shatters hearing about Karan’s marriage and she also gets to know that Mahira is reason for Mahesh’s condition and decides to expose her. Thus, here we bring to you top 5 scenes. Check them out below!

Karan brings the panditji and carries the tray of blessed mehendi with him. He takes the mehendi to show it to Mahira, While he is turning away some kids run past him and he loses his balance and slips. Preeta, who is standing nearby, holds the tray and stops Karan from falling and the mehendi falls on her hand and everyone sees this as a sign.

Preeta is in jail when she sees Karan entering the police station. He walks up to her jail cell and asks her if she is fine. He tells her that he is going to get her out of jail with a clean chit. Preeta feels immense happy knowing he trusts her.

Preeta sees Karan losing his senses as he drinks bhaang. She scolds him for drinking it. He holds her hand and they share a cosy, romantic moment together.He asks her if she will marry him. She tells him that she will never marry him because he doesn’t treat her well. He tell her how much he loves her and says that she is the most important person in his life.

Mahira tells luthra’s that Preeta pushed Mahesh’s chair down the stairs and says Mahesh’s death would stop her marriage with Karan, and that’s why Preeta tried to kill him. Everyone believes Mahira and curses Preeta.

Mahira says that she was ready to do anything to make Karan hate Preeta and the false accusation is not even the worst thing she has done. She tells Preeta that she planned it with Sherlyn and they pushed Mahesh down the stairs together. Preeta is shocked and cries when she hears the entire story.

These are the top 5 scenes from Kundali Bhagya! What more will happen in the show will be interesting to watch.