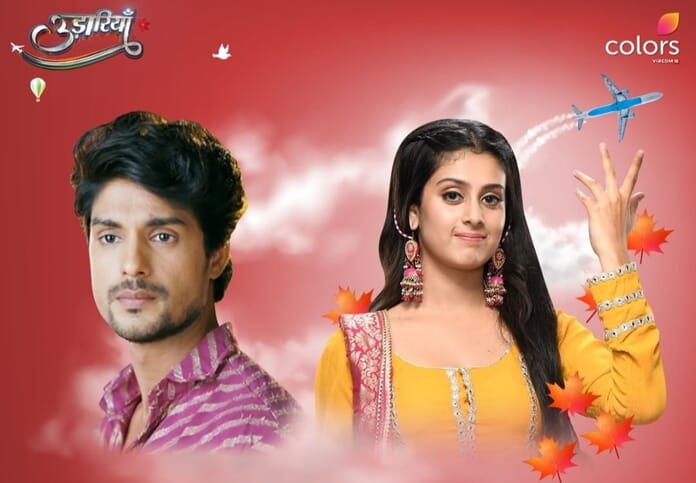 The episode starts with Tejo decides not to take back her hand from Fateh’s hold. Satti says to Rupi that she is worried about Tejo. Sukhmini tells Rupi that they had witnessed Fateh’s state and both her and Satti worries about Fateh and Tejo. Dilraj tells them that Jasmine refuse to have food. Rupi gets angry and tells if she dont want then be it. Dilraj runs away from there. Rupi says to Satti and Sukhmini until Jasmine is here Fateh and Tejo wont move on so they have to do something.

Sukhmini asks Rupi what is in his mind. Rupi tells Satti and Sukhmini this is the only way left to unite Fateh and Tejo. In the morning Tejo opens her eyes and realises that she fell asleep by sitting nearby Fateh then takes her hand from Fateh’s hold. Jasmine asks Rupi for what reason they are punishing her. Rupi says she can take this as a punishment or their threat. Fateh comes out of the washroom and sees the shirt in his bed so says to himself may be he behaved properly that’s why Tejo puts his dress on the bed. Fateh feels the headache. Tejo brings lemonade for Fateh saying it’s good for hangover. Fateh thanks her and asks is he did something. Tejo tells it’s okay. Jasmine tells her parents that she is not going anywhere especially her uncles house.

Fateh’s stomach makes noises. Tejo laughs. Fateh gets uncomfortable and tells Tejo that he didnt had any food that’s why the noises are. Tejo tells Fateh that she made breakfast if he want then he can have it. Fateh asks Tejo is she had breakfast. Tejo tells that she will have it after she freshen up. Rupi asks Jasmine to let them live peacefully. Jasmine tells she didn’t done anything so she wont go anywhere. Rupi raises his hands at Jasmine. Sukhmini tells Rupi to give some time to Jasmine she will understand everything. Jasmine says to them that it’s not her its them who needs to understand her then says to Rupi Satti and Sukhmini Fateh loves her Only. Everyone gets shocked.

Fateh gets happy seeing the breakfast but Tejo comes there and asks him to clean the bathroom first. Fateh tells Tejo that he is hungry so he will have food first. Jasmine tells her family members it’s their mistake they asked Tejo to marry Fateh and leaves the place. Satti cries and then tells that she cant believe one sister is ruining the other sisters marriage life. Fateh says Tejo’s handmade tea was not good saying in his house they dont have those tea. Tejo takes the food from Fateh and asks him to make breakfast on his own. Fateh orders food in a Dhaba. Tejo says to Fateh she will have a homemade food. Jasmine tells her friend Preeti that her family members are crazy and they aren’t understanding anything.

Preeto asks Jasmine then why not she understand. Jasmine asks Preeto what she is saying. Preeto says to Jasmine that she needs a break from all this so it’s a good idea if she goes to her uncle’s house. Jasmine tells Preeto that she is perfectly alright it’s her family members who is forcing her but they doesnt know what she is capable of. Fateh waits for his food and calls the Dhaba and asks him when wi the food arrive. Tejo eats infront of Fateh and tells him it’s indeed tasty then leaves the room. Fateh opens the tea pot. Tejo tells Fateh it’s over. Fateh then gets to know that his order was given to another person so he asks the Dhaba owner to send him his order soon then goes to his room.

Preeto tells Jasmine that she understands now she is jealous of Tejo for marrying Fateh. Jasmine says to Preeto no then says Tejo may be Fateh’s wife infront of the world but Fateh will never accept Tejo as his wife because he only loves her. Preeto asks Jasmine to understand that now Fateh is her brother in law. Jasmine tells Preeto that she will prove everyone that Fateh loves her and will love her only. Jasmine tells Preeto when Fateh gets to know that her parents are forcing her to go to her uncles house, he will comes to her and be there for her.

Tejo sees Fateh is eating Toffees also playing video games so she makes fun of him saying that he needs brain. Fateh challenges Tejo to play with him. Tejo wins. Fateh says that he wont accept this then they both starts playing another round. They both gets closer to each other while playing and laughs at each other. Jasmine calls Fateh. Tejo sees Jasmine is calling him. Fateh gets Happy that he won that Round and asks Tejo what’s happened. Tejo signs Fateh his mobile. Preeto asks Jasmine to stop it but Jasmine asks Preeto to wait. Fateh looks at Jasmine’s call then looks at Tejo then he switches off his mobile.

Jasmine tells Preeto that Fateh switched off his mobile. Preeto says to Jasmine that Fateh has moved on already. Fateh rooks a deep breath and says to Tejo that they can play another round of video game. Jasmine says to Preeto that Fateh is upset with her at the same time he loves her so when he gets to know about her parents decision he will leave evweyriong and comes and stands beside her. Preeto asks Jasmine she told that she is not going to her uncle’s house then now what kind of game is she playing. Jasmine tells Preeto that she wants to show the power of love to everyone then messages Fateh. Fateh opens his food from Dhaba then looks at his phone and reads Jasmine’s msg in which it says that she is going somewhere for next two to three week so if he wants to meet her then he has to go to the Kulfi shop.