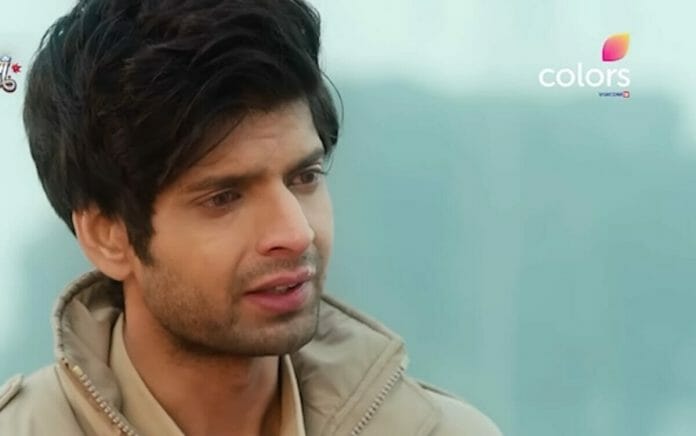 Previously, it was seen that Neeru instigated Rama against Nehmat. She said that Advait returned late last night and he was fully drunk, so Ekam took him home. She blamed Nehmat and Ekam’s past for Advait’s consuming alcohol. The next morning, Nehmat was shocked to discover lipstick marks on Advait’s coat. The maid noticed this and informed Neeru.

Neeru taunted Nehmat about the same. Rama advised Nehmat to try to win Advait’s heart instead of impressing the media. Later, Advait attended an event with Nehmat. The latter felt uncomfortable when the reporters questioned her about her honeymoon and her married life with Advait.

Ekam got angry and tried to stop the reporters, but Advait stopped Ekam and reminded him that he was his personal bodyguard, not his wife’s. Later, Ekam offered Nehmat to drop her at the house as Advait drove off, leaving Nehmat.

On their way, Nehmat got scared of seeing a honeybee. Ekam and Nehmat recollected how Ekam saved Nehmat from a honeybee attack in their childhood. They became sad, realising their current situation and cried.

In the upcoming episode, it will be shown that Advait will say to Shamsher that he can’t keep the forced relationship any longer. He will say that Shamsher wronged him by forcing him to marry Nehmat. He will add that there wasn’t anything between him and Nehmat and there wouldn’t be anything between them in the future either.

Shamsher and Advait will turn around and will be shocked to see Ekam standing at the doorstep and listening to them.

What will happen next? Did Ekam hear Advait and Shamsher’s conversation? What will Ekam do after learning the truth?