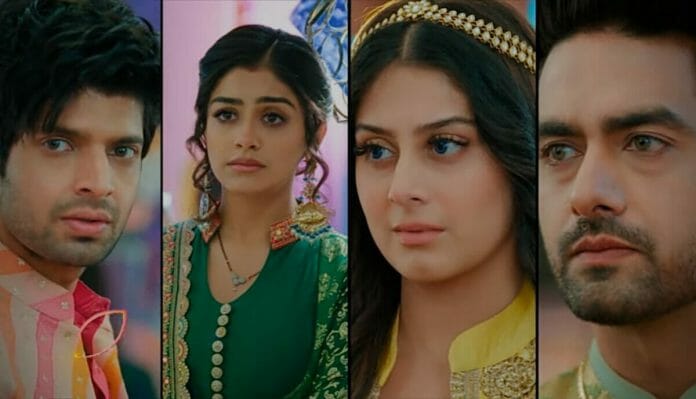 Colors TV’s popular show Udaariyaan is gearing up for more drama, with Advait convincing Nehmat to return to Kapoor’s house.

Previously, it was seen that Nehmat spotted Ekam with a girl (Harleen). Nehmat couldn’t see her face as her back was facing towards her. Rama and Advait arrived at Sandhus’ house to take Nehmat back. Advait felt relieved to know that Nehmat didn’t tell her family the truth. Rupy and Satti understood that Nehmat had come home due to some problem in her in-laws and decide to support her decision.

Advait phoned Nehmat and requested her to talk to him once. Advait put up on an act in front of Nehmat. He pretend that he had realize his mistake and apologized to Nehmat to convince her to return home. Nehmat also left with him. Ekam was shocked to see Nehmat going with Advait. He felt dejected that Nehmat reconciled with a bastard like Advait.

In the upcoming episode, it will be shown that Nehmat will be getting ready for Lohri party organized by Kapoors. Advait will arrive there and will help her to wear her necklace. He will place his hands on her shoulder. He will show Nehmat their Nehmat their refection in the mirror and will say that they don’t look bad together.

Nehmat will say that Shamsher will be happy to see them together. On the other hand, Sadvik will ask Ekam to take Harleen with him to the Lohri party. Ekam will ask if he has to take a girl with him to prove that he is moved on in his life. Later, Ekam will help Harleen to get ready for the Party. Advait will be worried that his GF will come to the party and will expose him.

He will express his fear to Shamsher. Shamsher will reassure that he made some arrangements for that. Advait’s GF will be shown entering the party covering her face.