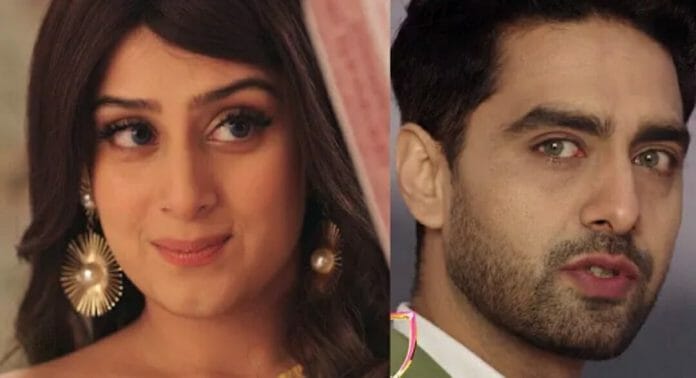 Colors TV’s popular show Udaariyaan is gearing up for more drama, with Ekam learning the truth.

Previously, it was seen that Ekam overheard Advait and Shamsher’s conversation. Advait argued with Shamsher, asking to free him from the forced relationship with Nehmat. Shamsher said that Advait should have thought about it before having an affair with Nehmat. He further said that if his photos with Nehmat landed in the media’s hands, it would create a buzz.

Advait denied having any relationship with Nehmat as he was never interested in her and only helped her to delay the article publishing. He had gone to Shimla with Nehmat for the same purpose. Ekam was stunned to hear this and realised his mistake. He regretted doubting Nehmat and refusing to listen to her.

Later, Ekam secretly met Nehmat and apologized to her for his mistake. Nehmat said that his apology couldn’t change what happened. She said that she was trying to move on forgetting him and asked Ekam to do the same. Advait watched this hiding. He planned to use Ekam and Nehmat’s past relationship to throw Nehmat out of his life.

In the upcoming episode, it will be shown that Advait will inform Ekam that he has to go to the farm house for an event and Nehmat also accompanies him. He will ask Ekam to spend the full day in the farm house and take care of their protection. Later, Advait will reveal his real plan to his GF.

Advait will plan to create an opportunity for Ekam and Nehmat to grow closer and make a video of them so that he can use it and easily get divorce from Nehmat. Meanwhile, Harleen will vow not to let Ekam go back to Nehmat and will burn a paper.

What will happen next? Will Advait be successful in his plan? Will Harleen be able to stop Ekam from going to the farm house?