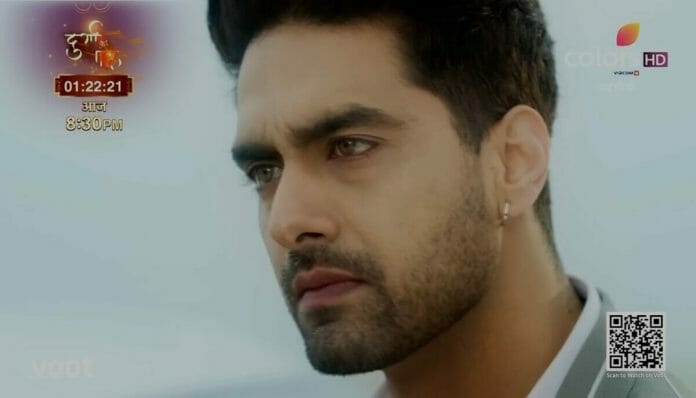 Colors TV’s popular show Udaariyaan is gearing up for more drama, with Harleen falling for Ekam.

Previously, it was seen that Advait got jealous when Shamsher got impressed by Nehmat’s charity and work and praised her. Advait started to control Nehmat by using Ekam, who was her weakness. He plotted for the same by contacting the DIG. On the other hand, Harleen met Ekan in the hospital and thanked him. Ekam smiled at her antics. Later, Harleen surprised Ekam by decorating his house to welcome him after his discharge from the hospital.

She danced to welcome him and gifted him a toy that repeats whatever they say. Ekam, Renuka and Mallika laughed on seeing Harleen’s childish behavior. Harleen learned Ekam would go and get there before him. She pretended to fight with a tea stall owner. Ekan stopped their fight by assuring her to take her for coffee.

Harleen urged Ekam to take her immediately. But Ekam got a call from DIG. So he promised Harleen to take her for coffee another day. Ekam was shocked when he was asked to join him as Advait’s personal bodyguard.

In the upcoming episode, it will be shown that Advait will hand Nehmat a rose. He will hold her hand and press it tightly so that the thorn pricks Nehmat and she gets hurt. Later, Nehmat will open the door and will be surprised to see Ekam there.

What will happen next? Will Advait’s plan bring Ekam and Nehmat closer? What twist will bring Harleen’s entry in Ekam, Nehmat and Advait’s life?