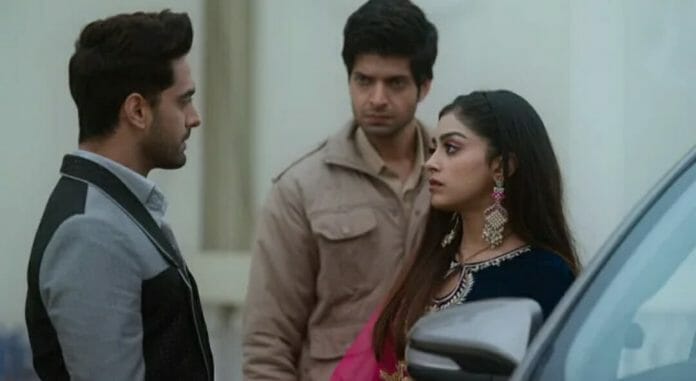 Previously, it was seen that Advait made the pretext of a meeting and went, leaving Nehmat and Ekam alone in the farm house so that they grow closer. He was watching them through the spy camera he had fixed in the room. To his disappointment, nothing happened as he had expected.

Advait refused to let his plan fail. He phones the servant and instructed him to leave a snake inside the room. Ekam was shocked to see the snake. He saved Nehmat and threw the snake out of the window. Nehmat hugged Ekam for a while out of fear, but she distanced herself from Ekam after realising their position.

Advait was furious that his attempts to bring Nehmat and Ekam closer failed again. He returned home furiously and asked Nehmat to pack her back to return home. As Advait refused to drive the car, Ekam offered to drive it. Advait taunted Ekam about becoming a driver for his ex-girlfriend. But Nehmat stopped Ekam and decided to drive the car.

The latter will ask Nehmat who she is to question him. Nehmat will reply that she’s his wife. Advait will get angry. He will raise his hand to slap Nehmat. But Ekam will hold his hand. Advait will angrily glare at Ekam.

What will happen next? What is Advait’s next plan? What will Harleen do to keep Nehmat away from Ekam?