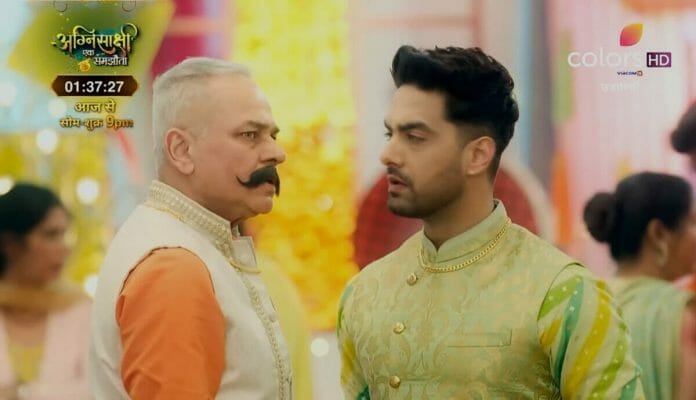 Colors TV’s popular show Udaariyaan is gearing up for more drama with Harleen going against Jasmine for Ekam.

Previously, it was seen that Shamsher announced at the party that Nehmat and Advait were going to become parents. Nehmat and Advait were hell shocked to hear this as it wasn’t true. Later, Rama congratulated the couple for giving good news. A furious Nehmat revealed that she wasn’t pregnant and Shamsher lied in front of everyone. She asked Advait to tell the truth to her mom. But Advait remained quiet.

Nehmat angrily walked away. Shamsher returned home and said that whatever he did was to cover Advait’s mistake when Rama questioned him about his lie. Later, Nehmat confronted Advait and demanded to know why Shamsher lied about her being pregnant. Advait said that Veronica threatened to reveal that their wedding was a compromise.

On the other hand, Harleen admitted to Jasmine that she loves Ekam and refused to tell Nehmat about her and Advait’s wedding and separate them. Jasmine boiled with anger after learning this.

In the upcoming episode, it will be seen that Ekam will be shocked and furious after seeing the news about Nehmat and Advait going to be parents on the TV. Nehmat will boldly say to Shamsher that he is wrong to use her to save his political image and career and will refuse to lie to her family that she’s pregnant.

To everyone’s surprise, Advait will take Nehmat’s side and will support in her decision. He will say that Shamsher should have talked to him and his wife before lying. He will refuse to force Nehmat to support Shamsher’s lie. Shamsher will get furious.

He will rebuke Advait. Later, Naaz will visit Mallika and will instigate her against Nehmat. Ekam will still be furious and he will vent out his anger at his subordinates’ officers. He will get Harleen arrested when she comes to meet him at an accident spot.

What will happen next? Will Ekam learn that Nehmat isn’t pregnant? How will Nehmat and Advait tackle this problem?