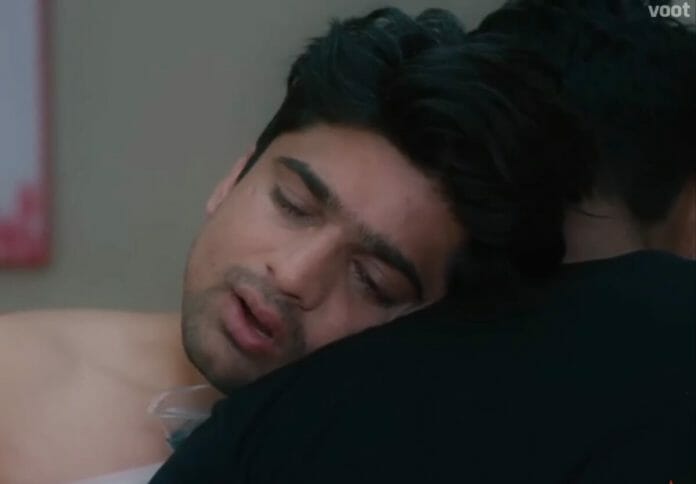 Colors popular show Udaariyaan is gearing up for more drama with Amrik dying after getting shot by Angad.

Previously it was seen that Tejo learned that Angad put an unconscious Tejo in the car drunk and drove off. Fateh and Jasmine followed them. Angad stopped the car near a cemetery to bury Tejo alive. He got shocked when Tejo opened her eyes. Tejo kicked Angad and ran away. Angad chased Tejo. Fateh hit Angad. Tejo Fateh, Jasmine and Amrik surrounded Angad. Tejo said that Angad’s game was over know, they got proof against him. Angad held Jasmine at gun point and got the evidence from Fateh. Angad confessed all his crimes. Fateh revealed that he recorded Angad’s confession and sent it to Buzzo to show it to the police. Angad got furious and tried to shoot. Fateh and Angad got into a fight. Angad took the gun and shoot at Tejo, but Amrik came and stand in front of Tejo and took the bullet shocking all.

In the upcoming episode it will be shown that Fateh and Jasmine will rush Amrik to the hospital. Tejo will step back and will watch the ambulance leaving. The ambulance will reach the hospital and Amrik will be taken to operate. Fateh and Jasmine broke down in tears. Fateh will ask where Tejo is. He enquired the cops and will learn that she hasn’t come with them. Jasmine will assure Fateh that Tejo must have gone to complete some paper works. However Fateh will worry about Tejo. Fateh will get Gurpreet’s call. Gurpreet will ask Fateh to talk to Amrik. Fateh will hide Amrik’s condition and will lie that he went to the market. Gurpreet will seek Fateh to promise to bring Amrik home. Fateh will agree crying. Doctor will tell Fateh that Amrik wants to talk to him and it can’t Amrik’s last minutes. Amrik expresses his love for Jasmine and his family. He asks Fateh to promise to take Tejo to India and to care of the family and Jasmine and will die.

What will happen next? What twist will bring Amrik’s death in the tale?

Stay tuned to this space for exclusive update of Hindi shows.