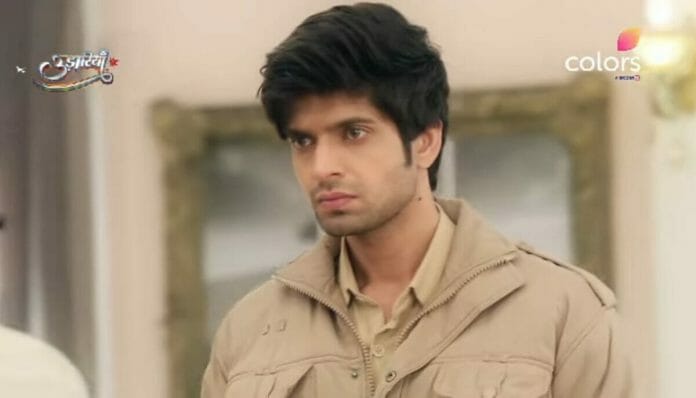 Colors TV’s popular show Udaariyaan is gearing up for more drama, with Nehmat spotting Advait with his girlfriend in their room.

Previously, it was seen that Nehmat was shocked to spot Advait with a girl lying in their room. Nehmat questioned Advait about the same and refused to tolerate Advait’s cheating on her. Advait taunted Nehmat by stating that he has to tolerate Nehmat’s ex-lover in the house all the time. Nehmat reminded him that Advait hired Ekam as his body guard.

Advait taunted Nehmat and went from there, taking his GF to go to a hotel. Ekam was stunned to see Advait going out of the house with his GF and understood that Nehmat had learned the truth. Advait thought that Ekam spied on him and informed Nehmat.

He said to Ekam not to be happy that now he couldn’t reunite with Nehmat, as Kapoos’ daughters-in-law couldn’t leave their house once they had entered it. Nehmat decided to leave the house. Kapoors are shocked to find Nehmat with her packed luggage.

In the upcoming episode, it will be shown that Kapoor’s Shamsher will ask Nehmat what happened. Nehmat will say that she wants to go to her house for a while and will ask him to ask Advait the reason. Neeru will intervene and will blame Nehmat. She will say that she caught Nehmat and Ekam red-handed in the morning.

She says that Advait must have questioned Nehmat, so she threatened to leave the house. She will speak ill of Nehmat’s character. Ekam will shut her mouth. Ekam will expose Advait in front of the family despite Nehmat pleading with him not to.

Shamsher will get furious at Advait and will slap him. Nehmat will leave Kapoor’s house. An enraged Advait will say to Ekam that he will take revenge on him for his insult.

What will happen next? Will Nehmat decide to end her relationship with Advait? Will Ekam and Nehmat reunite?