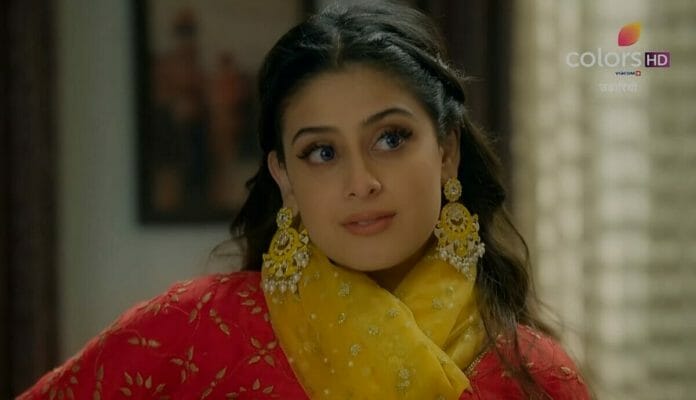 Colors TV’s popular show Udaariyaan is gearing up for more drama with Advait spotting Harleen at the party.

Previously, it was seen that Satti and Rupy were shocked to see Harleen as Harleen and Jasmine’s faces reassembled. Ekam questioned Nehmat about returning to Advait, who had cheated on her. Nehmat said that she wanted to save her marriage, which Ekam refused to believe. Nehmat asked Ekam to wait for time to give him his answers.

Harleen watched them and thought that Nehmat was still after Rkam and didn’t want him to move on in his life. So, she decided to talk with Advait about it. She followed Advait and saw him following a girl(Veronica) . She learned that the girl could break Advait and Nehmat’s relationship.

In order to make sure Nehmat never return to Ekam, Jasmine intoxicated that girl and left her in a room away from the party. Nehmat got teary eyes at seeing a girl(Harleen) feeding Ekam pani poori and recalled herself feeding Ekam pani poori in the past and got emotional. Ekam also became sad, recalling his moments with Nehmat. Later, Advait was stunned to spot Harleen at the party.

In the upcoming episode, it will be seen that Harleen will threaten Advait to tell Nehmat that she’s his first wife. Advait will be shocked to hear this. Harleen will come in front of Sandhus and will reveal that she’s Jasmine’s daughter Harleen, shocking everyone.

Harleen will talk to Nehmat alone and will warn her to go away from Ekam as she loves Ekam, which will shock Nehmat. Ekam will confront Harleen about hiding the truth that she’s Jasmine’s daughter. Shamsher will declare that he is going to make an important announcement.

What will happen next? Will Ekam distance himself from Harleen after learning the truth about her identity? What is upto?