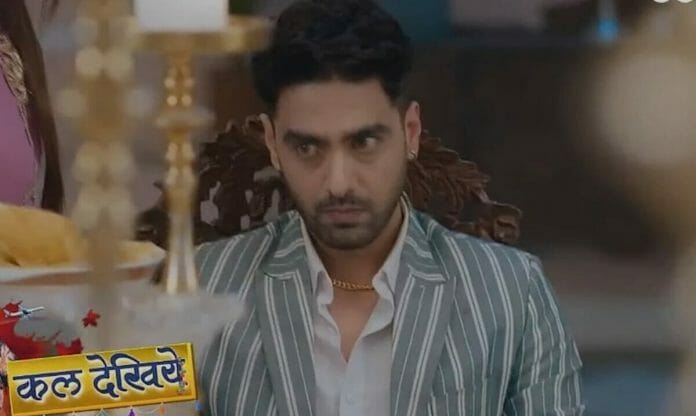 Colors TV’s popular show Udaariyaan is gearing up for more drama, with Ekam and Advait’s face off.

Previously, it was seen that Ekam stopped Advait, who drove the car ruthlessly. Advait talked arrogantly to Ekam and dragged Nehmat closer to him in order to make Ekam jealous. Ekam taunted Nehmat, which angered Advait and he warned Ekam to stay within his limit and pushed him.  Ekam and Advait started to fight. Nehmat separated them.

Nehmat asked Ekam  to fine them if they had broken any rules instead of misusing his police officer power. Later, Advait accused Nehmat of informing Ekam about their temple visit in order to see him. Nehmat denied it and stated that she had cut all ties with Ekam after their wedding.

Naaz will cook for Nikhil his favorite continental dishes, while Nehmat will cook Indian dishes for Advait. At the dinner table, Naaz will get jealous that Nehmat got a bigger necklace than hers as a gift from Shamsher. Naaz will mention that Ekam likes malai kofta made by Nehmat when the latter is about to serve Advait the dish. Advait will get furious on hearing Ekam’s name and will leave the dinner table without eating.

Later, Jasmine will meet Naaz, who will wait for Shelly. Jasmine will say to Naaz that she spoiled her life by marrying Nikhil. She will reveal how she tried to get Naaz married to Advait by swapping brides.

Jasmine will say to Naaz that because of being Nikhil’s wife, she will end up in the second position and Nehmat in the position. She will convince Naaz to replace Advait with Nikhil when the opportunity presents.

What will happen next? What’s the future of Advait and Nehmat’s relationship? Will it sustain?