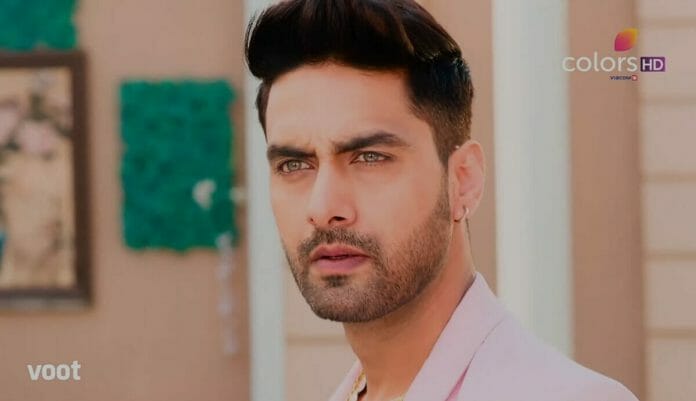 Colors’ popular show Udaariyaan is gearing up for more drama, with Naaz recording a video of Nehmat and Advait dancing.

Previously, it was seen that it was seen that Naaz convinced Nehmat to dance with Advait. Nehmat imagined Ekam in Advait’s place and happily danced with him. Naaz recorded their video to show it to Mallika and test Nehmat and Mallika’s friendship. Nehmat kept fast for Ekam while Nazz also fasted, which surprised Nehmat.

In the evening, Nehmat missed Ekam and wished to see him. Ekam arrived. He broke Nehmat’s fast. Meanwhile, Naaz made a video call to someone and broke her fast. Here Ekman and Nehmat expressed they wouldn’t be capable of staying away from each other anymore.

Ekam decided to face Rupy and tell him the truth. Ekam  took Nehmat downstairs. Rupy, Naaz and the family were shocked to find Ekam with Nehmat.

In the upcoming episode, it will be shown that Ekam and Nehmat will confess that they faked their breakup to find out the reason behind Jayveer’s disapproval of their relationship. Ekam will assure Rupy to convince his dad and will even be ready to leave his house if Jayveer doesn’t get convinced.

Rupy will give his blessings to Ekam and Nehmat. Ekam will take Nehmat to his house. He will reveal that he faked his breakup with Nehmat. He will beg Jayveer to tell him who wants to separate them and who is blackmailing him.

As Jayveer refuses to say and to accept Nehmat as his daughter-in-law, Ekam will decide to leave the house. Mallika will inform Advait about Ekam and Nehmat’s fake breakup drama. Advait will be shocked and will plot with his dad to separate them.

Nehmat will be angry that her plan to separate Ekam and Nehmat flopped. She will hatch a new plan to force Nehmat to get her help for her love. Nikhil’s friends will misbehave with Nehmat. Ekam will beat them.

Later, Nikhil and his friends will attack Ekam and Nehmat. Naaz will save Nehmat and Ekam from Nikhil and will reveal that Nikhil is her boyfriend, which will shock Nehmat.

What is Naaz up to? Will Nehmat understand Naaz’s real intention?