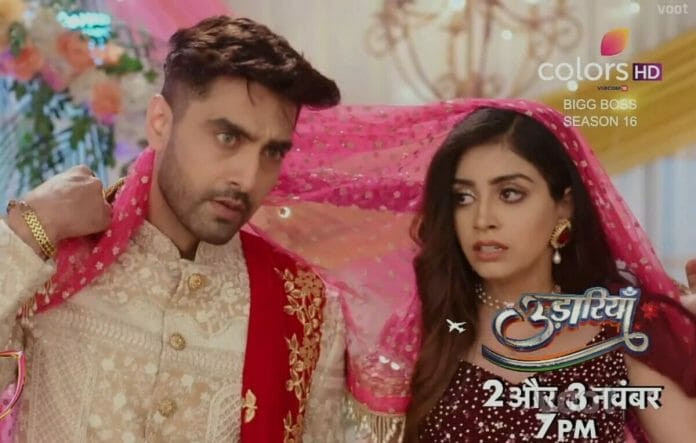 Previously, it was seen that it was seen that Advait saved Ekam and Nehmat from the bomb blast. Ekam asked how Advait knew that they were in the warehouse. Advait lied that he saw them getting kidnapped and followed the car. Advait acted innocently and questioned them about their attackers. Nehmat and Ekam said that everything was connected with her parents’ death, which they doubted to be a murder and started to investigate.

They were certain now that it was a murder. They were determined to find the truth. Shamsher was angry with Advait for saving Ekam and Nehmat and spoiling his plan. Advait said that he didn’t want Shamsher to get involved in two more murders. Just then, Shamsher received a lady’s call from Canada.

The lady asked Shamsher to make sure that Fateh-Tejo’s case never got reopened as it could cause her loss. Shamsher fixed Mallika and Advait’s engagement despite Advait’s objection, in order to separate Ekam and Nehmat forever.

In the upcoming episode, it will be shown that Naaz will say that she has to use Nehmat and Advait’s photos that she clicked to teach a lesson to Mallika. On the other hand, Nehmat and Ekam will show their hands to a Baba to find out their future.

Will Naaz be successful in her intention? Will Naas’s act cause Nehmat and Ekam’s separation?

Stay tuned to this space for the latest updates of your favorite Hindi shows.