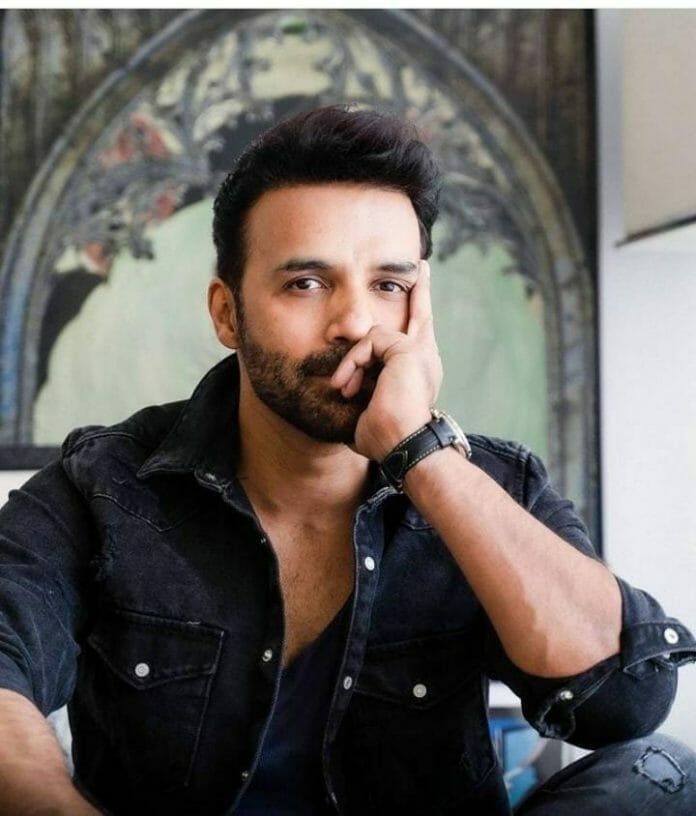 Trying to recreate the Ghazal era Umber sure is looking forward to this one.

2. Your single is releasing soon a little about that please.

This is a very special song to me because this is the last Ghazal written by my father, before he passed away in 2020 after a brief battle with cancer and eventually Covid. When SaReGaMa launched Fresh, and were looking for new artists doing new genres of music, that’s when Gourov stepped in to curate this offering. Gourav and I have been friends and have worked together on many projects over the last decade. This song was shortlisted by them from amongst many songs that they were considering. The music label has been pathbreaking in betting on music created by independent Indie artists that is away from the mainstream music industry, and differentiating itself from other labels that are not ready to take this risk.

3. You are trying to recreate the era of ghazals please throw some light on it.

After Jagjit Singh, there has been no musician who has been able to recreate the magic of Ghazals. To be able to reimagine Ghazals in a contemporary avatar that can appeal to today’s generation is something that to me and the label, is very exciting. Where lyrics have depth, and the music is relatable to a wider audience.

4. Whats the next project you are working on?

I have been oscillating between putting out an original or doing a cover. Many people feel that doing a cover is a quick win, but I feel that if you are able to elevate the musicality and the experience of a song, then a cover done well, is always exciting. The consciousness behind the idea is not to rehash the same old song, but to give them something that they did not expect. It is your signature on a song, and it’s your creative expression.. to give my listeners a glimpse into my world and how I resonate with that song, is what I aim to achieve.  The vocal texture and the arrangement is what sets us apart and this is what brings my listeners to our live shows.

5. From voice over to singing was that a difficult transition?

No, I have been singing since I was a child, that never stopped. Infact, I have even been a model for some reputed brands. I don’t look at it like a transition, these things come naturally to me and it is an extension of my creativity. I will continue to do Voice overs. There are a few things that I know how to do well, of which some things get some extra visibility and some are more niche. I enjoy doing them both equally. Thanks to social media, today’s audience allows you to have your own set of followers, who appreciate your individuality. This gives a great platform for artists like me to exist and be bold about putting our content out, this helps break the stereotypes of success or failure.

6. Are you a trained singer and is singing in films in your radar?

Yes, my guru is Sri. Sunil Bargaonkar. I have been training under him for over 10 years. But my initiation into music is because of my mother, who is also a singer. I train, not with the idea to be commercial performing artist, but to be exposed to the vastness of the Hindustani classical music, that allows me the discipline and the humility to learn something every day.

7. Who noticed you first for you to get into voice overs. You mentioned Mr Naseeruddin Shah had recognised your talent.. pls throw some light on it

In my early days I had trained to be a commercial pilot, but the airline industry had gone through recession when I passed out, so I joined Jet as a Cabin Crew to be in the industry until I could become a pilot. I used to make announcements on board and each time I did so, I would get great appreciation. Many channel heads from TV and Radio, would offer me their visiting cards to come and audition. On of my first auditions was by Mr. Parigi and Mr. Samir Nair to be an RJ on Radio Mirchi. Mr.Naseeruddin Shah also adviced me to become a voice artist. Industry stalwarts were so kind as to mentor and guide me to take up this career. I became the official voice for many leading channels like Star TV, Sony, Zee and did many shows like Filmfare awards, Stardust, KBC, Jhalak Dikhla Ja, IIFA to name a few, and also hundreds of ad films.