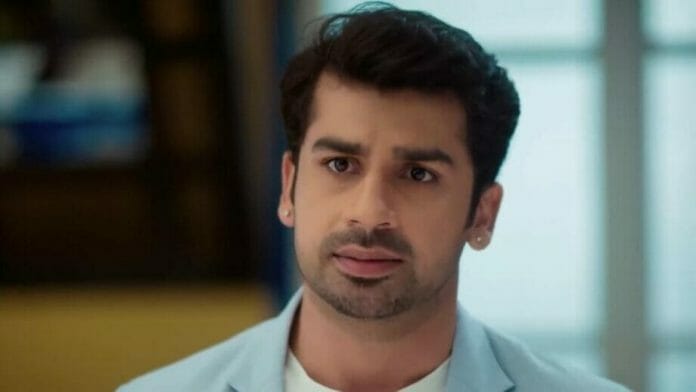 Big drama loading in Anupama. Leela will asks Kinjal to return back home. Anupama will ask Leela not to force Kinjal.

In today’s episode, Bakha says to Kinjal that Paritosh will keep betraying her. She quote Paritosh is Vanraj’s blood. Barkha asks Kinjal to give divorce to Paritosh and move on in her life like Anupama. Kinjal says to Barkha that she doesn’t want to talk about Paritosh anymore. Leela scolds Samar for leaving Paritosh at his friend’s house. She asks Samar to take her to Paritosh. Leela gets furious on Kinjal too for leaving the house. Vanraj asks Leela to let Kinjal calm and then they will talk further. Leela asks Vanraj to bring Paritosh back before it gets late. She says Paritosh did the mistake but he can be excused. Leela urges Vanraj to bring Paritosh.

Kinjal comes crying and says to Anuj that Arya’s throat has been chocked. She asks Anupama to come back home. Kinjal cries and asks Anuj to call Anupama as Arya is crying continuously. Anuj decide to call Anupama. He falls down. Anupama come back at get shocked seeing Anuj lying on the floor. She gets stressed seeing Arya. Anu asks Anupama what has happened to Anuj. Anupama stands crying.

Paritosh makes a call to Vanraj. He question Vanraj why he was excused and none is forgiving him for the same mistake. Paritosh tries to attempt a suicide.

In the upcoming episode, Leela will go to Anupama’s place to bring back Kinjal. She will accuse Anupama and will say latter will break Kinjal and Paritosh’s house too. Anupama will ask Leela to let Kinjal take her own decision. What will be Kinjal’s decision? To know more keep watching the show mon-sun, 10 PM on Star Plus