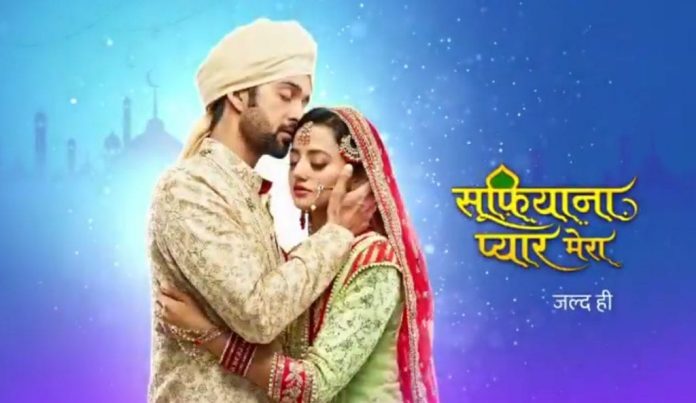 Star Bharat’s new show Sufiyana Pyaar Mera is all set to bring in the most shocking and game changing twist in the story in the very second week itself. Unlike other show this show directly started from fixing alliances and all set to reveal the very big misconception Zaroon is nurturing in his mind.

In the past week we have seen how Zaroon came all the way to India for breaking the alliance with Kainaat but left dumbstruck on seeing Saltanat. Little bit he didn’t know that the one he is watching and liking is not his going to be bride. It was obviously love at first sight for him. Well in the upcoming episode of the show Mamoon Ghazala and Zaroon will be hell shocked when Kainaat will be introduced to him as his would be. They will realise that the one they are thinking as Kainaat is her cousin sister Saltanat. However, Ghazala will gift Kainaat a pair of bracelet which will be a formal and official confirmation for the alliance.

Later, Zarron meets Kainat and requests her to reject him as he is in love with someone else. Later, he tries to avoid selecting a ring despite being coaxed and waits for Kainat to act on his requests.

In upcoming episode we will see that Zaroon waits for Kainat to stop their engagement but Kainat is too devastated to act. He then takes the matter in his own hands and questions his rights to reject the woman he is supposed to marry/

Well now it will be interesting to see how Zaroon reacts to the whole situation and what will be his next step?