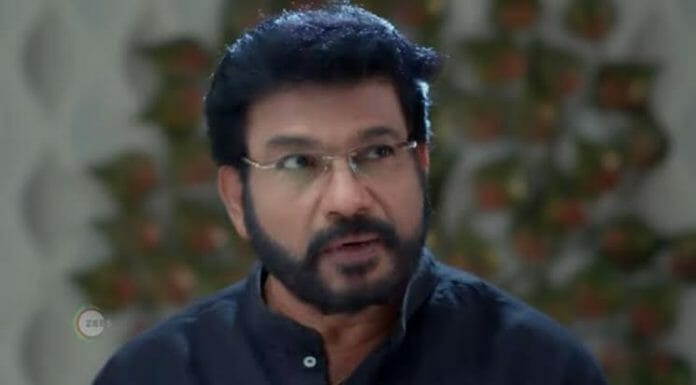 Zee Tamil’s much loved show Vidya No1 is gearing up for drama with Meghna trying to find what Sanjay is hiding in his room.

Vedavalli asked who had put the kolam. Vijay and Sanjay panicked. Just then, Meghna got there and said that Vidya used to put this type of kolam. As Vedavalli wondered how Vidya could put this kolam, Manasa came and lied that she put the kolam.

In today’s episode, it will be seen that Vedavalli agrees to Preethi checking Sanjay’s room. Sanjay, Manasa and Vijay are worried that Vidya will be caught. But Preethi and Meghna don’t find Vidya in Sanjay’s room. Vedavalli scolds Preethi for doubting Sanjay.

Sanjay, Manasa and Vijay look for Vidya and find her in a room behind the toys. Chandramohan reveals to them how he overhead Preethi and Meghna’s conversation and shifted Vidya to another room.

Later, Vidya requests Sanjay to take her to the temple on a special occasion. But Sanjay refuses. Vidya gets sad. However, Sanjay gets ready to take Vidya to the temple in the night. He turns off the main electricity supply box. But Preethi spots Sanjay while Vidya hides.

Will Sanjay and Vidya get caught this time?