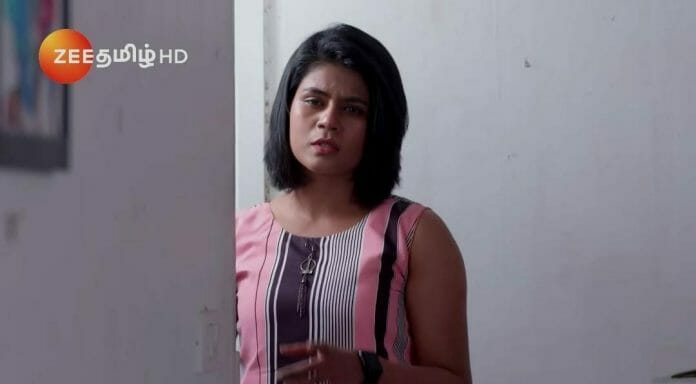 Zee Tamil much loved show Vidya No1 is gearing up for drama with Sanjay being saved from getting caught.

Previously it was seen that Sanjay picked the ring before Preethi in order to prevent her from seeing Vidya who was hiding under the bed. Later Sanjay tries to take food for Vidya secretly, but he was caught by Meghna who questioned him.

Vedavalli noticed this and asked Sanjay why he wanted to eat alone in the room when he didn’t like it. Preethi teased Sanjay by saying that he could have told her if he wants to have food alone with her.

Sanjay sat in the dinning table without any options. Vedavalli praised Preethi when she served Sanjay food. Chandramohan taunted Preethi about serving Sanjay the dishes that he didn’t like at all. Later Sanjay prepared noodles for Vidya. In the night, Preethi caught Sanjay when he took a saree for Vidya.

In today’s episode, it will be seen that Preethi asks Sanjay for whom he bought the saree. Just then Vedavalli comes there and says that Sanjay must have bought it for Preethi. Sanjay noded yes.

Preethi becomes happy. Vedavalli praised Sanjay. Meghna notices this and grows suspicious. She doubts that Sanjay is hiding Vidya in his room. Later Sanjay gives Vidya another satee that he had hidden in his bag. Vidya becomes happy.